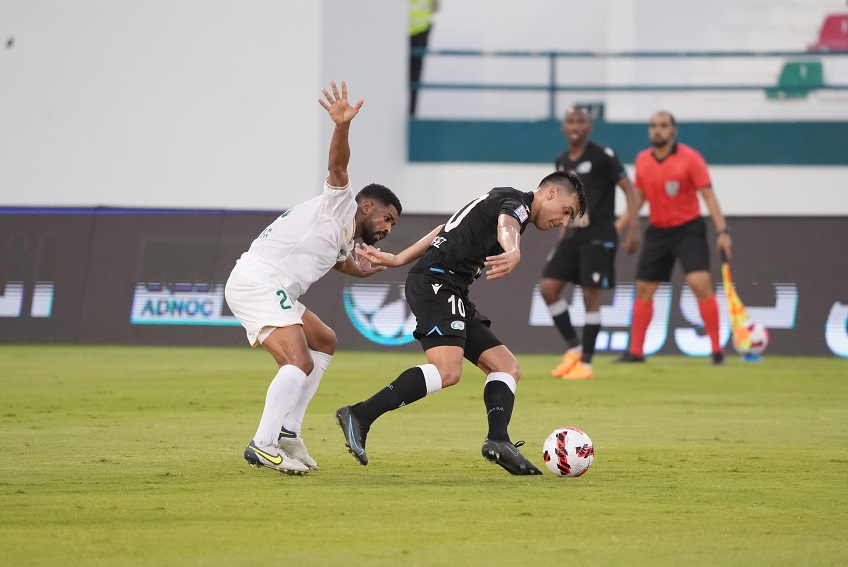 The Emirates team is still in the last place on the ADNOC Professional League standings after its useless draw with Baniyas 2-2, Thursday, in Round 22, as it has 10 points, while Baniyas climbed to fifth place with 30 points.
The Emirates team was looking to win in order to get close to the midfield teams, but it failed to exploit the ground factor.
Bani Yas scored the first goal in the fifth minute from a penalty kick by Argentine Jimenez, before the Emirates managed to return with two consecutive goals through Ali Mustafa (28) and Walid Sabbar (33), to end the first half with a lead in the result.
The Emirates continued their good performance at the beginning of the second half, but Baniyas succeeded in adjusting the result through Ahmed Abu Namous (75) from an organized attack that reached inside the penalty area.