The fans decorate the stands of the League Cup final .. and the match is stopped to help a fan 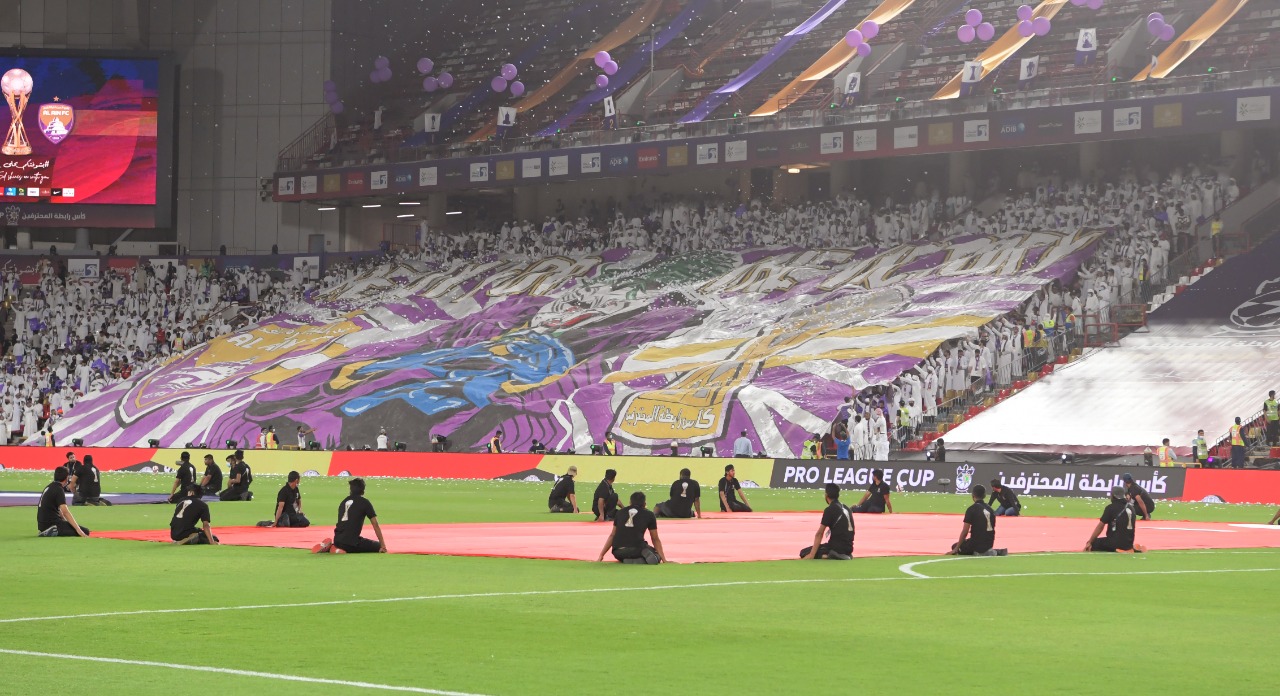 The fans of Al-Ain and Al-Ahly youth teams painted a wonderful painting in the stands of Mohammed bin Zayed Stadium during the Football League Cup final today, in the presence of large numbers of supporters of the two teams, and played a prominent role in shaping the final features by constantly encouraging its players with continuous drums and chants.

Al-Ain fans received their team players the moment they entered the stadium with scraps of paper that had been prepared by the Public Affairs Office since the beginning of the Eid al-Fitr holiday, in order to celebrate the players for reaching the final match and urging them to achieve the championship title. On the other hand, Al-Ahly youth fans encouraged their players To raise their morale before the match, given the loss in the match between the two teams last Saturday in the league.
A simplified ceremony was held before the start of the match on the pitch, which turned the floor into a giant screen, through which the fans were introduced to the journey of the two sides of the match since the beginning of the competition, and the fans were reminded of the importance of positive encouragement and avoidance of intolerance.

It was remarkable that the fans continued to enter after the start of the match, as there were large numbers of fans outside the stadium, despite the work of all entrance gates to their full capacity, but some fans remained outside the stadium for long periods, before they began to reach their seats.

The Al Ain Fans Affairs Office and the Al-Ahly Youth Fans Association provided many facilities and free tickets for the fans, which had a great impact in the presence of a large number of fans for the match. Some families also attended the match with the children who enjoyed the activities that accompanied the match outside the stadium in the fans area.

The match was stopped in its first minutes after one of the Al-Ahly youth fans fainted in the stands, which prompted the referee to stop the match temporarily to evacuate the fan before the match resumed, and the referee’s behavior was approved by the fans who applauded him.

On the other hand, the Argentine national team coach, Rodolfo Urarena, attended the match from the stands, in order to determine the level of the players in preparation for the announcement of the final list at the end of this month, in preparation for meeting Australia in the Asian play-off that qualifies for the 2022 World Cup.