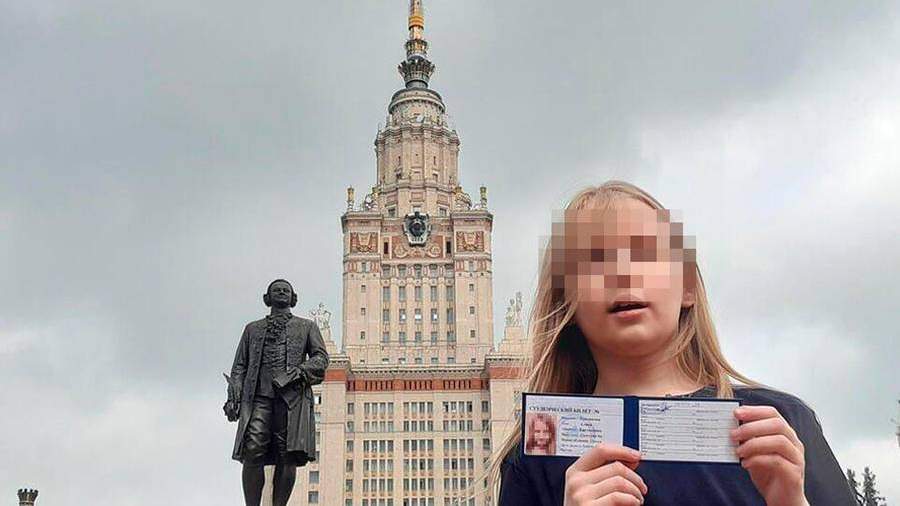 The father of a nine-year-old student of the Moscow State University (MSU). Lomonosov Alisa Teplyakova Evgeny on December 26 commented on the recommendation of a member of the Council for the Development of Civil Society and Human Rights under the President of the Russian Federation, Academician of the Russian Academy of Education Alexander Asmolov, to suspend the girl’s studies at the university.

According to Alisa’s father, Asmolov has no right to make statements about his child’s studies.

“From the point of view of the current legislation, Asmolov has no right to make any statement about our child. Not only has he never seen him and never crossed paths with him, but it is also a violation of personal data and is simply unethical, “Teplyakov said.

He also added that this is “a violation of privacy and, most importantly, any diagnoses, any conclusions are possible only after an appropriate procedure, and not because he is Asmolov.”

“As for all the other questions. If he really wanted to be objective and impartial, for half a year he had the opportunity to contact the parents – legal representatives of the child – directly, “- said the father of the young student.

The man also assured that the statements of the HRC member have nothing to do with reality.

“It is very strange that a person who, when I was a student, headed the Department of Personality Psychology, makes such statements. I would like the ethics commission to assess the actions of this person, ”concluded Teplyakov.

Earlier on the same day, it became known that Alexander Asmolov sent a letter to the head of the HRC Valery Fadeev, human rights ombudsman Tatyana Moskalkova and children’s ombudsman Maria Lvova-Belova with a request to suspend Alisa’s studies at Moscow State University. He called the situation a “dangerous social and psychological experiment” that could lead to mental disorders in the girl.

In August, it was reported that Alisa Teplyakova did not enter a budgetary place at the psychological faculty of Moscow State University. Her father said that the girl will study on a contractual basis.

Yevgeny Teplyakov, in an interview with Izvestia, outlined his views on what had happened. According to him, the exam procedure was violated, and the assessment criteria were not announced. The girl was prepared for the oral exam, but she was not given the opportunity to take this format. According to Teplyakov, his child “was tortured and held for an hour and a half, despite the parents’ demand to return him.”

On December 24, it became known that the team of the Ombudsman for the Rights of the Child is monitoring the situation around Alisa Teplyakova.

Maria Lvova-Belova said that the Teplyakov family should not be harassed. She added that the guardianship and guardianship authorities do not see a threat to the life and health of the child. Alice and her parents can also be provided with free psychological services.