The father of the Kuwaiti child Barak: I hope my son recovers and thanks the Custodian of the Two Holy Mosques 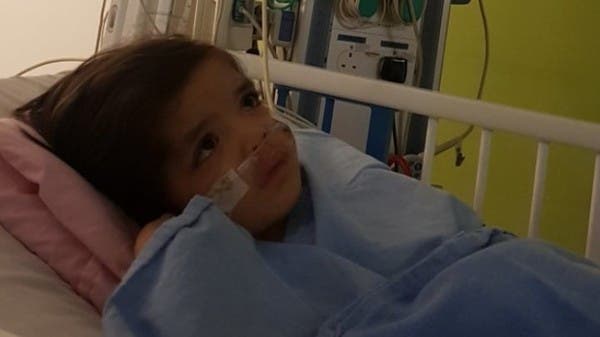 In terms of pain and fear for his son’s future, the father of the Kuwaiti child, Barak Hussein, began his speech, affected by the state of fear he lived for five years, the age of his son, after discovering that he suffers from an unknown disease since his childhood.

The father told Al Arabiya.net that his son is currently receiving medical care in the intensive care unit at King Abdulaziz Medical City in the National Guard. He pointed out that since their arrival in Saudi Arabia, the medical team in the hospital has been making every effort to conduct examinations and x-rays to find out the child’s health status, but so far, no specific medical procedure has been established for the case.

Father Hussein stated that his child Barak, from the time he was born until he reached the age of one and a half years, did not suffer from breathing problems, but he had problems with muscle deficiencies, and he was receiving physical therapy and exercises based on the doctors’ diagnosis.

He explained that after two and a half years, he discovered that the child had a congenital defect and a curvature of the spine, and informed the doctors of his observations and doubts, and it had already been found that the curvature was the cause of all the pain and problems in the spinal cord and nerves.

He continued his story: “After being stranded, I decided to ask for panic and appeal to the Custodian of the Two Holy Mosques, King Salman bin Abdulaziz, through social media, and then I went to the Saudi Embassy in Kuwait and submitted the reports to the Supreme Court.”

He revealed that he received great support from the embassy to deliver his message, and within two weeks the response was received by approving his son’s travel and treatment in Saudi Arabia.

He continued: “When I received a call about the evacuation of my son from Kuwait to Saudi Arabia by a medical plane, Barak’s mother was with me, and she said to me: Your eyes have flown.”

He stated that he responded to the call he received by agreeing to travel, and the response to the other party came to him: “Trust in God…take off on us.”

He stressed that what happened was like a dream, but it is not strange to the Custodian of the Two Holy Mosques, and the relief came at a time when all the treatments for the child failed, and the doctors directed him to take him home with an oxygen tube, as it was an incurable condition that has no cure.

Father Hussein revealed that his child Barak belongs to the families called “Bidoon” and this matter exacerbated his problem even though his grandmother is Kuwaiti, and his grandfather worked in the security sector in Kuwait for 40 years, and he was a warrior during the Iraqi invasion of Kuwait, and participated in army artillery The coalition, but all this did not satisfy him by agreeing to treatment abroad, as the Kuwaiti Ministry of Health did not give a satisfactory response to the treatment of the condition abroad.