The father of the Moroccan sentenced to death in Donetsk .. “We suffer” 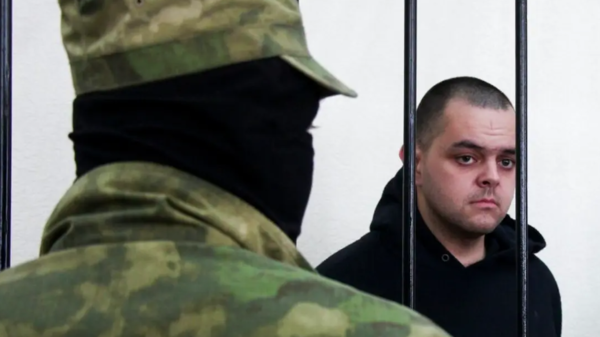 As fears escalate that the death sentence will be carried out against him along with two Britons, after they were arrested by pro-Russian forces in Donetsk in eastern Ukraine while they were fighting with Ukrainian forces against the Russians, the father of Moroccan prisoner Ibrahim Saadoun indicated that his son surrendered voluntarily and therefore should be treated as a prisoner war.

Taher Saadoun revealed that his son obtained Ukrainian citizenship in 2020, and underwent a year of military training, as a “condition for joining aviation technology studies” at a Kyiv university.

He also added on Tuesday, “He should be treated as a prisoner of war because he is a Ukrainian citizen who surrendered voluntarily.”

In addition, he confirmed in an email to Reuters, “The family suffers from a lack of contact with the lawyer to exchange legal information on the case, and added, “This increases our ordeal.”

He stressed that he would ask the lawyer to appeal the ruling issued last week to the execution of his son, by a separatist court in Donetsk.

Meanwhile, a Moroccan diplomatic source in Kyiv saw that Saadoun was imprisoned by “an entity that neither the United Nations nor Morocco is considered to be.”

He also added that the Moroccan citizen “was arrested in the uniform of the Ukrainian army,” which he voluntarily chose.

It is noteworthy that the Moroccan citizen was convicted, along with the British, Aiden Aslin and Sean Benner, of committing “mercenary activities and acts aimed at seizing power and overthrowing the constitutional order of the Donetsk People’s Republic”, according to the appealable court ruling.

The three men were arrested while fighting in the ranks of the Ukrainian forces against the Russian forces, in the east of the country.