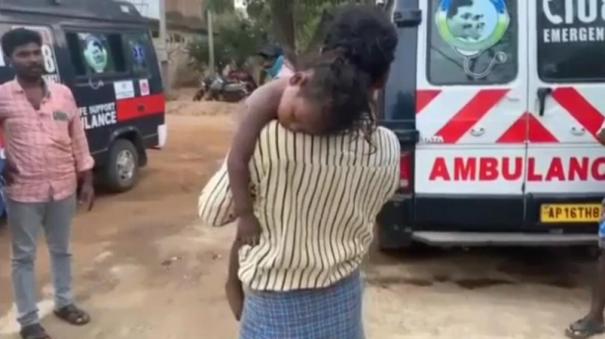 Tirupati: Akshaya (2), a girl from Kothapalli village in Tirupati district, Andhra Pradesh, fell into a ditch near her house which was flooded with rainwater. The baby was later rescued and taken to Naidupet Government Hospital. There the child died tragically without the benefit of treatment.