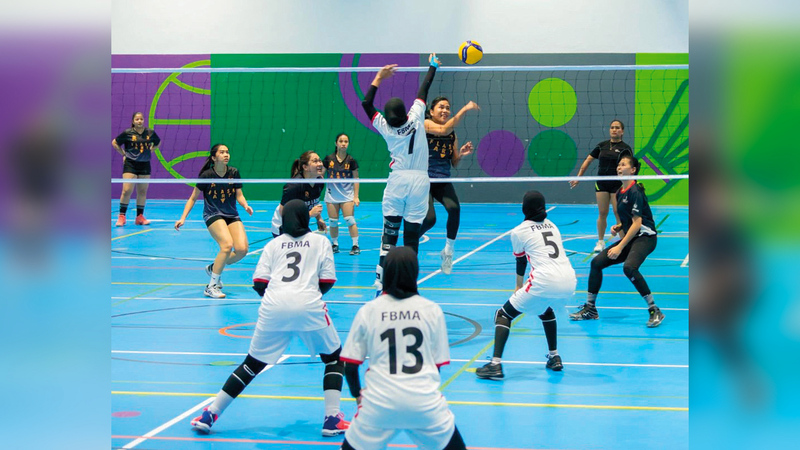 Today, the activities of the first edition of the Fatima Bint Mubarak Cup for Gulf Clubs Women’s Volleyball Championship, which will be held with the participation of six teams divided into two groups, will start today. The tournament will start with two matches at the Jiu-Jitsu Arena in Zayed Sports City in Abu Dhabi, where the Sharjah Women’s Sports team will meet with Salwa Al-Kuwaiti in the first group, which also includes the Bahraini team with them, and the Fatima Bint Mubarak Academy team will meet with Noura Al-Saudi in the group competitions. The second, which also includes the Emirati Al-Wasl team.

Noura Al-Hamar, Board Member of the Volleyball Federation and head of the Women and School Committee, confirmed that the Federation’s ambitions are great in crowning one of the UAE clubs with the championship title in its first edition, which will be held from 26 to 31 this month.

She explained that the three participating Emirati teams prepared well for the competition, in light of the follow-up from the Volleyball Federation; Given that the players of the three teams represent the main strength of the UAE women’s team squad.

She added in a press statement that the players engaged in a long preparation period from the last week of last July, with a daily training rate with their clubs, and trained for two weeks with the national team, in preparation for participating in this tournament, in addition to setting up camps for each team before the start of the tournament. The three teams aspire to compete for the title and gain experience of friction with other teams, which is consistent with the federation’s policy regarding openness and participation in more than one tournament at the club or national level for women.

Al-Hamr explained that the careful follow-up of the players of the three teams confirms their high levels during the recent period, which qualifies them to win the championship title, which is an encouraging starting point for a Gulf women’s volleyball championship, and a stimulus for more combined tournaments on a larger scale, and at the same time enhances the expected successes. This tournament is held regularly every year.