The Federation Cup between “Emperor” and “King” of Basketball today 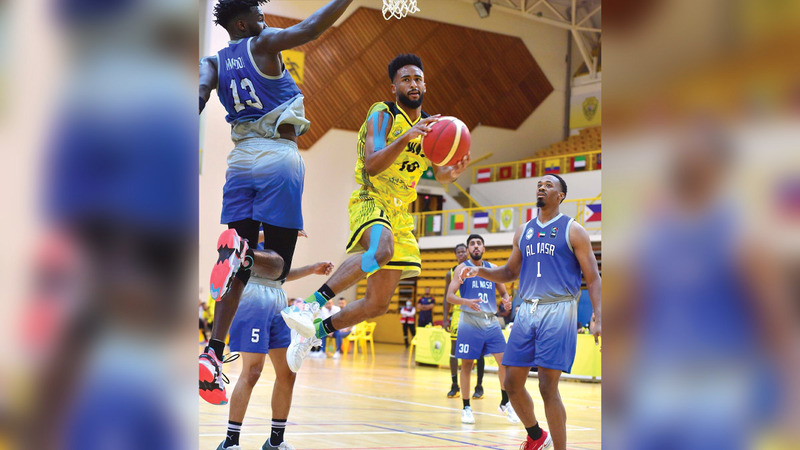 Sharjah (the title holder) will be visiting Al Wasl at 7:15 this evening in the Federation Cup open final, the first local season competitions for the men’s stage, in a match requested by the “Emperor” with the slogan of returning to his former glory in the game, and winning his first local titles since being crowned with his title The last of the 2017-2018 season in the President’s Cup competition.

The two teams succeeded in reserving their places in the final, by successfully overcoming, last Sunday, the obstacle of the semi-finals, with Al Wasl winning over its neighbor Al Nasr with a score of (74-70), and Sharjah over Shabab Al Ahli (94-80).

In his quest to return to the titles, Al-Wasl relies on the services of the Dean of National Coaches in the country, Abdul Hamid Ibrahim, who returns this season to lead the “Emperor”, after his first term with the team between 2005 and 2009, during which he led him to win nine local titles and bronze in the Asian Championship, Including his crowning with the team in the Federation Cup 2006-2007 season.

In his turn, Sharjah is counting on the services of its new coach, the Egyptian Ahmed Omar, who succeeded Abdel Hamid Ibrahim, in the technical leadership of the “King”, especially since Omar has 19 years of experience with state clubs, which led him to win 20 titles. Local and foreign, the last of which came last season with his former team, Shabab Al-Ahly, and won three seasons, crowning the “Dubai Knights” in the League Championship, the President’s Cup, and the Vice President’s Cup.

National coach Abdel Hamid Ibrahim stressed the difficulty of the task in front of Sharjah, and told “Emirates Today”: “His contract with Al-Wasl came with the aim of an ambitious project to return to building the team, in a station that resulted in the (Federation Cup) competition, achieving the first goals by returning to the final matches.”

He explained, “During the recent training, I avoided putting any pressure on the Al-Wasl players, and entering the final with the slogan of enjoying what we achieved and being able to restore part of the identity of Al-Wasl, and we look forward to maintaining our hopes and providing the best level despite entering the match with impressive absences, especially since we face in the final a strong team the size of Sharjah.” Who owns the elite of the international elements, along with a strong bench, and foreign professionals ranked at the first level at the state level, compared to the (Emperor) foreigners ranked at the third level.”