The financial and living collapse brings the protests back to Beirut 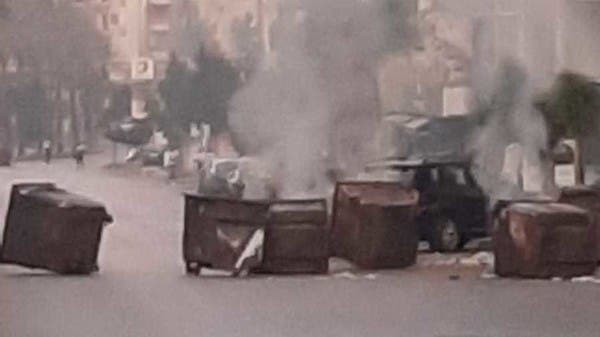 The protests returned to the Lebanese street again, as a number of protesters descended and blocked the road in front of the Central Bank of Lebanon on “Hamra” Street, as well as set fire to rubber tires, in protest against the financial and living collapse.

Others set fire to an office, trying to storm the bank, which prompted the security forces to stop them.

Similar protests also took place in the city of Tripoli, which were accompanied by cutting off some of the city’s main roads.

These moves come in light of the political dispute and the exchange of accusations for more than a week between Berri and the President of the Republic, Michel Aoun, specifically about the powers regarding the call for the opening of an extraordinary session of Parliament for legislation, and also about the call for dialogue launched by Aoun, which witnessed objections.

Four out of five Lebanese are now living below the poverty line, according to the United Nations, which is considered an accelerating impoverishment due in particular to inflation, which exceeds 100 percent.

In addition to the living crisis, there are many problems facing the government headed by Najib Mikati, which has not held any meeting since October 12 due to political differences between its members.

The Association of Banks in Lebanon recommended the closure of banks, today, Thursday, in conjunction with calls to demonstrate today, in what was called the “Day of Rage” in various parts of Lebanon.

The Minister of Education and Higher Education in Lebanon, Abbas Al-Halabi, announced the closure of schools and universities today, while the Lebanese Minister of Interior and Municipalities, Judge Bassam Mawlawi, directed the General Directorate of the Internal Security Forces to take security measures in conjunction with the call to demonstrate on the so-called Day of Rage, which was launched by the unions and unions of the land transport sector.