The fire at the paint and varnish plant in Elektrougli localized 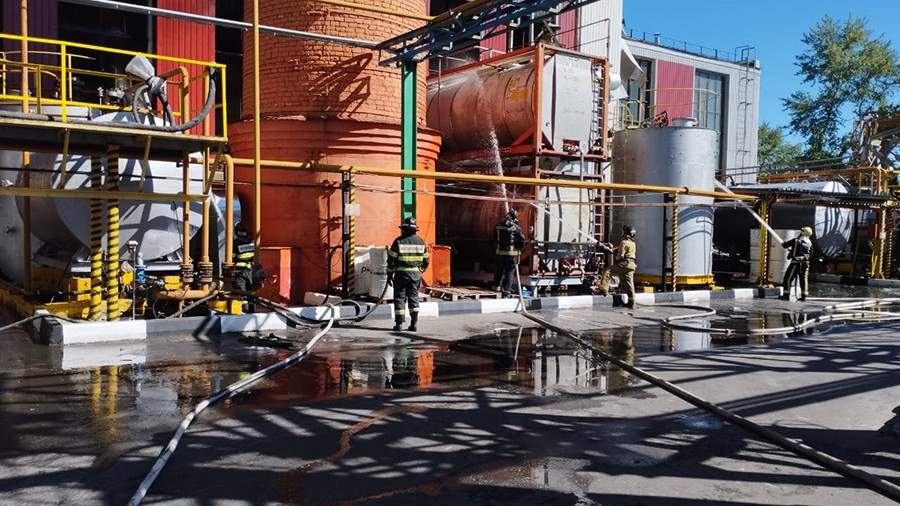 The fire in the workshop of the plant with paints and varnishes and solvents in Elektrougli was localized on an area of ​​1600 sq. m. This was reported in the press service of the Ministry of Emergency Situations on Thursday, June 23.

Earlier that day, in the town of Elektrougli near Moscow, the Raduga Sintez paint and varnish plant caught fire. It was reported that the fire area was 2.4 thousand square meters. m, the roof collapsed, explosions were heard. According to preliminary information, there were no casualties.

The fire was assigned the 2nd rank of complexity, according to the website kp.ru.

In addition, there was information that emergency services could attract helicopters to extinguish, the 360 ​​TV channel reports.

Currently, experts are clarifying the causes and circumstances of the incident.