The first application of Javelin by Ukraine was unsuccessful 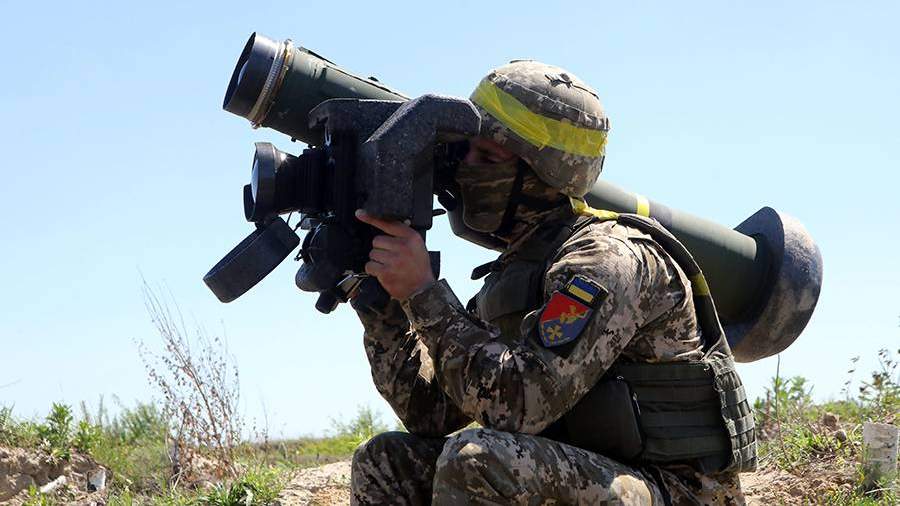 In recent days, the Armed Forces of Ukraine (AFU) have twice tried to use weapons on the front lines, similar to Javelin anti-tank missiles, sources familiar with the situation told Izvestia.

It was not armored vehicles that came under fire, but fortifications at the checkpoints. Both cases, according to sources, ended in vain – the ammunition did not hit the target. But there is no exact confirmation that the Ukrainian military in both cases used the American systems, Izvestia’s interlocutors said.

On the eve, the head of the Main Intelligence Directorate of Ukraine Kirill Budanov officially confirmed in an interview with Military Times the first use of the complex on the front line. Izvestia sent a request to the Ministry of Defense of Ukraine, as well as to the Pentagon with a request to confirm or deny the words of the chief of military intelligence.

On the evening of November 23, the head of the press service of the United Forces, Yaroslav Melnychuk, said that the Javelin anti-tank missile systems (ATGM) supplied by the United States to Ukraine as part of a military assistance package had not yet been used in the operation zone in Donbass. According to the commander-in-chief of the Armed Forces of Ukraine, Valery Zaluzhny, the Javelin anti-tank systems were used during the exercises at the Shirokiy Lan training ground.

On Tuesday, November 23, the press secretary of the President of the Russian Federation Dmitry Peskov said that foreign military advisers were arriving in Ukraine and that weapons systems were arriving not only from the United States, but also from other NATO countries. He expressed concern about provocative actions by the Ukrainian armed forces on the line of contact and preparations for a possible military solution to the problem of Donbass.

Spear move: does Kiev use imported weapons in the east of the country?