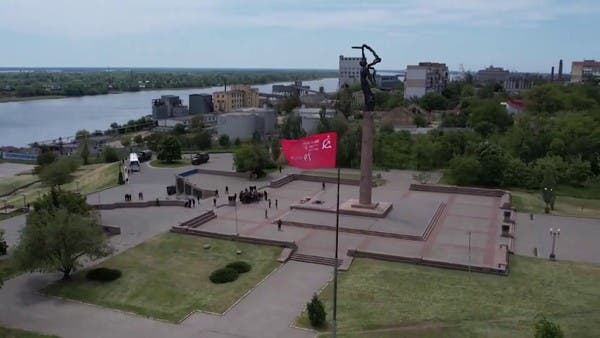 On Saturday, the pro-Moscow administration in Kherson handed over Russian passports to a number of residents of this city controlled by Russian forces in southern Ukraine, according to Russian news agencies.

The official TASS news agency reported that 23 Kherson residents received their first Russian passports during a ceremony, in a “simplified procedure” made possible by a decree signed by Russian President Vladimir Putin at the end of May.

“All our residents of Kherson want to obtain a passport and (Russian) citizenship as soon as possible,” TASS quoted the head of the pro-Russian administration in the region, Vladimir Saldo, as saying.

“A new era is opening for us. It is the most important document that a person has in his life,” he told RIA Novosti.

The pro-Russian authorities in Kherson said that the date for the delivery of the first of these Russian passports was chosen to coincide with the commemoration of Russia Day on June 12, a holiday celebrating the country’s independence.

The decree signed by the Kremlin at the end of May allowing pro-Russian local authorities to hand over passports to residents includes the Zaporizhia region, also partly controlled by Moscow.

Ukraine condemned this special measure, considering it a “blatant violation” of its territorial integrity.