The first flight of the aircraft “Baikal” was postponed to 2022 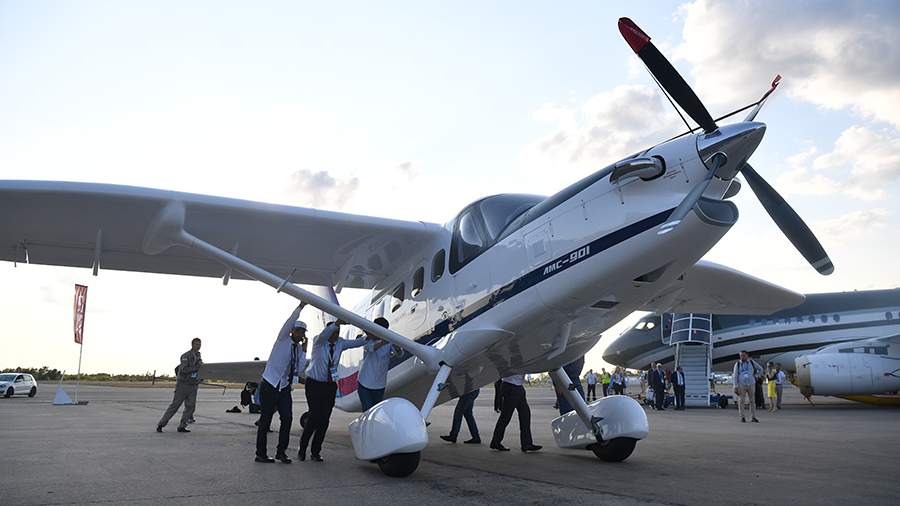 The first flight of the light multipurpose aircraft LMS-901 “Baikal”, which is being created to replace the An-2 corn plants, will take place in early 2022. This was announced by the Minister of Industry and Trade of the Russian Federation Denis Manturov at a meeting with journalists on Tuesday 28 December.

“This will definitely happen at the beginning of the year,” said the head of the Ministry of Industry and Trade.

The first flight of the Baikal aircraft was to take place before the end of 2021. This was discussed by the deputy commercial director of the Ural Civil Aviation Plant (UZGA), which is developing this aircraft, Maxim Kharin, during the Sanaviation forum on October 7, and the company’s executive director Sergei Fedorov in early July.

At the beginning of the year, Denis Manturov announced that the first flight of Baikal would be completed by the end of 2021, the completion of its certification is planned at the end of 2022 – early 2023, and the start of commercial deliveries from 2023.

The flight range of “Baikal” should be 1.5 thousand km, the cruising speed – 300 km / h, the vehicle will be able to transport up to 2 tons of payload, take off from unpaved strips 250 meters long. “Baikal” will be equipped with a parachute rescue system, said at the beginning of 2022 the general director of UZGA Vadim Badekha.

R&D and certification of the Baikal aircraft are estimated at 5 billion rubles. The Ministry of Industry and Trade has already invested about 1.2 billion rubles in the project, and about 300 million rubles have been invested in Baikal by the UZGA.

Until 2030, the state plans to order at least 300 Baikal aircraft, UZGA General Director Vadim Badekha told RBC at the end of July. According to Oleg Bogomolov, UZGA Sales and Marketing Director, the price of Baikal in the nine-seat basic version (without an autopilot, with the ability to fly only according to the rules of visual flights) is 120 million rubles. Thus, the total cost of a batch of 300 aircraft will amount to 36 billion rubles.

In September, at the Eastern Economic Forum (EEF), Denis Manturov announced the development of the Baikal aircraft with an electric motor. Its first experimental flight may take place in 2024, and serial production started after 2026.