The first residents of Mariupol received the keys to new housing 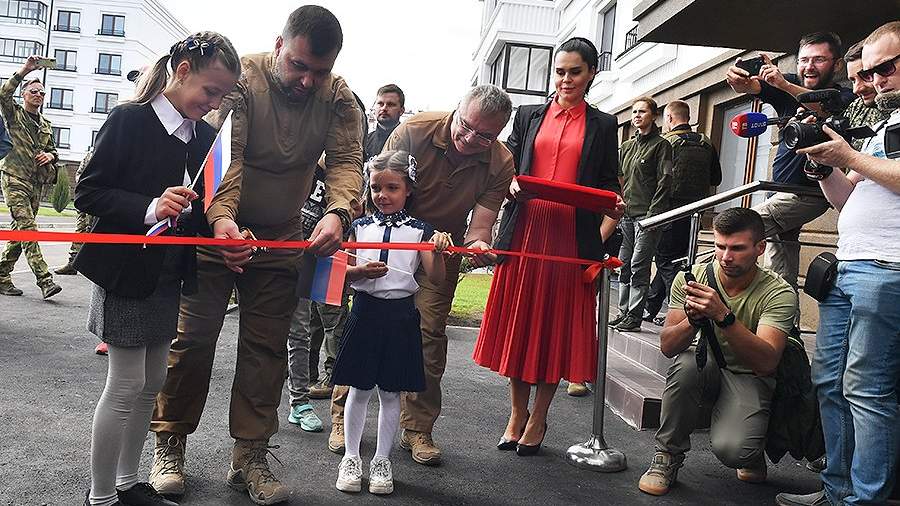 The first residents of Mariupol were given the keys to apartments in new houses. As on Friday, September 9, according to Izvestia, the head of the Donetsk People’s Republic (DPR) Denis Pushilin took part in the solemn event.

“We see that Russia has come, and the process of creation is underway. The fact that we are now in a new microdistrict, I myself still cannot fully believe, because quite recently we were choosing a site. At that time, we saw an open field here. And now here is a new, beautiful, modern neighborhood. This became possible thanks to the efforts of a fairly wide range of people,” Pushilin said at the ceremony.

The head of the DPR also noted that the main work was carried out by military builders, adding that this deserves great respect, since the work was done in the shortest possible time.

Mariupol residents are especially glad to have the opportunity to move into new housing on the eve of the coming cold weather.

“Everything is so unexpected, we are even at a loss what to say, because we ourselves are still digesting it all. We are like in a fairy tale”, – the parents of a large family who received the keys told Izvestia.

They said that they were trying to restore the burned-out house, as they were afraid of the coming winter, especially since three children are growing up in the family. But the day before they got a call with the good news.

“I haven’t had time to walk here yet, but I like it. Beautiful houses. Thanks a lot”, – shared the girl, who, together with her parents, will soon move to a new apartment.

In the courtyard of the residential building there is a modern playground, places for adults and children to relax, and much more.

August 16 In 2022-2025, the Ministry of Construction announced that they were going to build over 600 thousand square meters in Mariupol. m of apartment buildings.

Prior to this, on August 10, Maxim Abarinov, a representative of the military construction complex of the Russian Defense Ministry, said that the first three multi-apartment residential buildings in Mariupol would be commissioned in early September.

On August 5, the Ministry of Construction announced that Mariupol would be completely restored within three years, and the master plan for the development of the city provides for the expansion of its borders. The concept was developed by the Ministry of Construction of the Russian Federation and the Federal Autonomous Institution “Unified Research and Design Institute for Spatial Planning of the Russian Federation” subordinated to it.

Peaceful life continues to improve in Mariupol after the Ministry of Defense of the Russian Federation reported on May 20 that the city had been completely liberated and 2,439 militants of the neo-Nazi Azov group (recognized as terrorist and banned in the Russian Federation) who were hiding on the territory of the Azovstal plant were captured.

Mariupol is the largest city on the coast of the Sea of ​​Azov, one of the key centers of metallurgy in Donbass and a major seaport.