The first responsibility for disaster management rests with the state government: Nithiyayanand Roy’s letter to Rabindranath 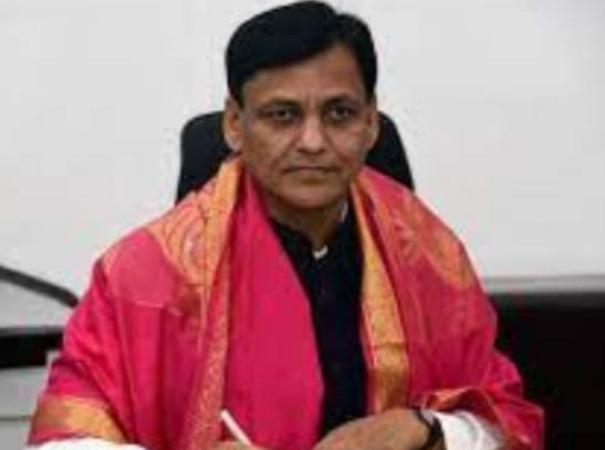 New Delhi: Union Home Minister Nithiyanand Roy has said that the first responsibility for disaster management lies with the state government. He mentioned this in a letter to AIADMK MP P. Ravindranath.

Rabindranath, an MP, made a request under Rule 377 on the 3rd of last month during the last winter session of Parliament. In it, he pointed out the damage caused by the heavy rains in Tamil Nadu.

He said that due to this rain, more than five lakh acres of crops of Tamil Nadu farmers were damaged. It reported the homes of many members of the public and that farmers had lost their livestock.

To this end, MP. Rabindranath He had demanded that the Central Government provide immediate interim relief to Tamil Nadu. Home Minister Nithyanand Roy has written a letter in response to his request.

You have made a request under Rule 377 in the Lok Sabha on 03.12.2021 to provide interim relief to the farmers and the public affected by the rains in Tamil Nadu.

In the event of a ‘severe natural disaster’ the additional relief fund will be national based on the assessment of the Union Cabinet Committee Disaster management Provided by the Central Government from the Fund.

State in the current fiscal year 2021-2022 Disaster management I would like to inform you that Rs. 1088 crore has been allocated to the Government of Tamil Nadu as a fund. Of this, Rs 816 crore is the share of the central government.

In addition, Rs 272 crore is the share of the state government. The central government’s share of Rs 816 crore has been released to the Tamil Nadu government in two installments of Rs 408 crore.

I would like to inform you that the Central Government immediately set up a Union Cabinet Committee following the impact of heavy rains in Tamil Nadu during the months of October-November.

The team visited the affected areas in the state from November 21 to 24. Upon receipt of the report of the Union Cabinet, the allocation of additional financial assistance will be considered in practice.

I would like to assure them that the Government of India will extend all support to the efforts of the State Government. That said.