The first semi-final of the competition “Revival Leaders. DNR” 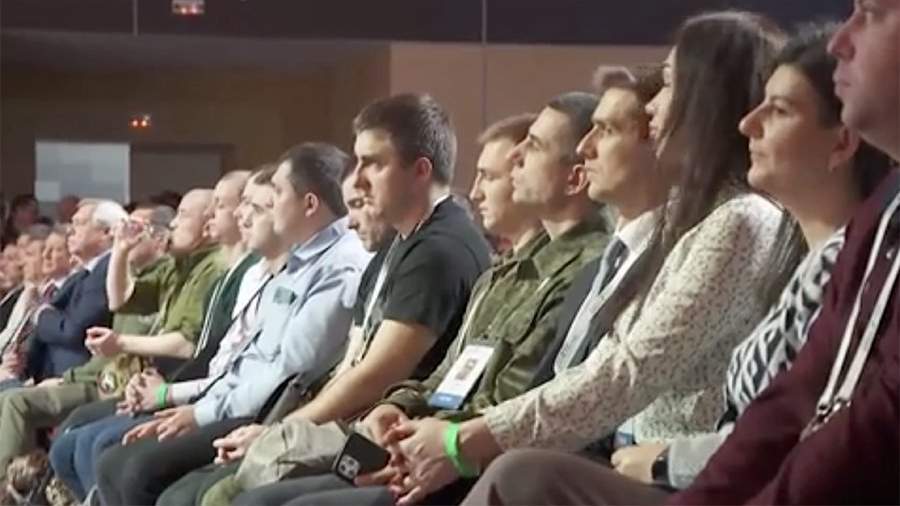 In Rostov-on-Don on January 20, the semi-finals of the competition “Revival Leaders. DNR”. The purpose of the event is to find and support promising leaders who will lead the large-scale restoration of the republic. Similar competitions are held to select managers for other new Russian regions. Izvestia correspondent Anna Voropay talked to the participants of the event.

It is noted that the organizers received 16 thousand applications. Over a thousand reached the face-to-face testing, in connection with this, three semi-finals had to be appointed at once, and on different days, so that those who are now at the forefront could take part.

One of the participants in the competition is Andrei Kovalev, who until recently participated in hostilities. When the reconnaissance group of the militia was covered in the summer, he led his comrades out of the shelling and received the medal “For Courage”, but after eight years on the front line he had to go to the rear.

“Now I can no longer help, but I will help anyway, the time will come. I would educate young soldiers, share experience, so that someone would survive, live longer and serve with honor as a soldier, ”said Kovalev.

The competition is based on the Leaders of Russia model and is based on the same search for talented managers. But there will be special requirements for all these participants. After all, they will have to solve a problem that no leader in other regions has ever faced – to restore the republic. The winners of the competition will be included in the personnel reserves of the DPR, and after training they can be appointed to senior positions.

“This is more than a demanded competition. Many issues are not resolved, not because someone does not want to, but because there are not enough specialists,” said Denis Pushilin, acting head of the DPR.

According to the correspondent, the new leaders will have to quickly solve non-standard tasks. A specialist from one of the regional administrations of Donetsk, Svetlana Eremenko, who also participates in the competition, does this every day.

“Something mega difficult to remember … Yes, everything is difficult. But we cope with everything, we do not give up. The most important thing is to move forward,” Eremenko said.

Also in the competition “Revival Leaders. DPR” was attended by the surgeon of the overcrowded burn department of Donetsk Artur Visyagin. He learned to operate under fire. Such experience can be useful for building an effective healthcare system.

“I don’t want to be distracted by shelling at work, I want water around the clock, so that sometimes the lights don’t turn off, everything else will follow, we’ll fix the rest,” said Visyagin.

They would like to see a doctor who will complete the operation even if the power is turned off in any hospital in the country, but most of all such specialists are needed in the DPR.

“You are very much needed in the federal authorities, both in the Donbass and in other regions of the country. You are very much needed for the restoration of large industrial enterprises and the infrastructure of Donbass. This is a huge amount of work, and it is starting now,” said Sergei Kiriyenko, First Deputy Head of the Presidential Administration of the Russian Federation.

It is reported that each winner of the competition “Revival Leaders. DPR will receive 1 million rubles for education in Russia, personal recommendations from HR specialists, support from experts and mentors, and a chance to prove themselves in a business where a manager’s mistake can cost too much.

Earlier, on September 22, in the Donetsk and Lugansk People’s Republics (DPR and LPR), the Leaders of the Revival personnel competitions were launched, which are held to search for, develop and support promising leaders who are ready to solve specialized managerial and substantive tasks. The winners will receive 1 million rubles each for a training program of their choice in Russia and, based on the results, they will be appointed to senior positions in government and local governments, as well as in enterprises and organizations.

The day before, the Leaders of Revival contests also started in Zaporozhye and Kherson regions, which are supposed to find new personnel to restore the regions. The site Leaderyvozrozhdenie.rf notes that the events are held by the councils of ministers of the military-civilian administrations of the regions.

Sergey Kiriyenko, First Deputy Head of the Presidential Administration of the Russian Federation, said on September 22 that after the end of Russia’s special military operation to protect Donbass, large-scale work will begin to revive the national economy and economy of the LPR, in connection with which it is especially important to hold the Leaders of Revival competition in the region.

The Donetsk and Lugansk People’s Republics, as well as the Kherson and Zaporozhye regions, became part of the Russian Federation following the results of referendums held from 23 to 27 September 2022.