The first sports meeting between Morocco and Israel 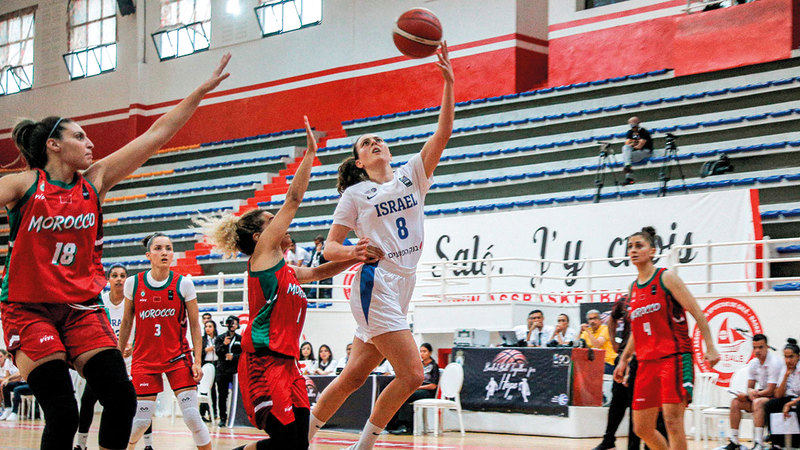 Yesterday, the Moroccan women’s basketball team received its Israeli counterpart in a friendly match in Salé, near the capital, Rabat, in the first sports meeting between the two countries since the normalization of their diplomatic relations, but with a limited public presence.

The organizers chose to send invitations to about two hundred fans, including several players and basketball players, to follow this meeting, which took place in a covered hall amid strict security measures.

This is the first sports meeting between the two countries since Morocco and Israel resumed diplomatic relations in late 2020.

The match ended with the victory of Moroccan women over their Israeli counterparts (62-58).

The match came the day after the basketball federations in the two countries signed a cooperation agreement that seeks to “exchange experiences to develop Moroccan basketball,” as the head of the Moroccan Basketball Federation, Mustafa Orach, told AFP, noting that “other matches in other categories will be held in the future.”

The Moroccan News Agency (MAP) quoted Minister of Education and Sports Chakib Benmoussa as saying that this agreement “is in line with the two countries’ desire to build the future within the framework of multi-dimensional cooperation.”