The Football Association approves members of the judicial and arbitration committees 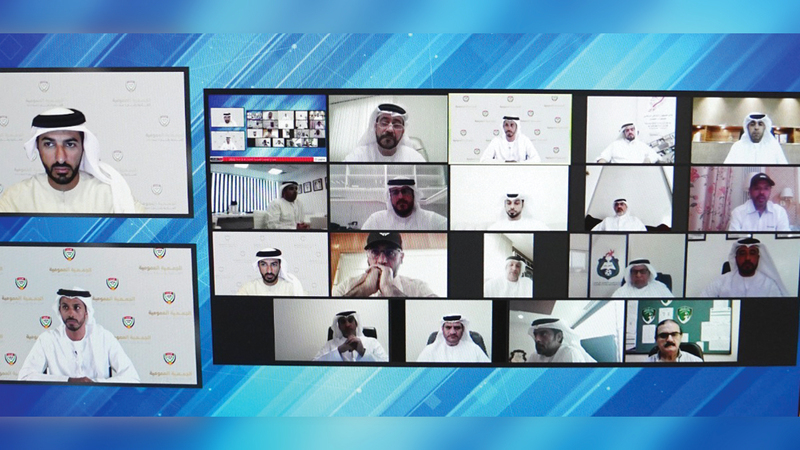 The Secretary-General of the Football Association, Mohammed Al Dhaheri, reviewed the agenda and called for the attendance in order to ensure that the quorum was complete, and the members approved the agenda.

In his speech, Sheikh Rashid bin Humaid Al Nuaimi thanked our wise leadership for their continuous support for sports, praising the great interest of His Highness Sheikh Mohamed bin Zayed Al Nahyan, President of the State, for sports and athletes, stressing that this interest motivates us to double our giving and work to develop football. Local football, and creating appropriate conditions for all elements of the game, to work and refine their talents in various disciplines.

He said: “The Board of Directors of the Football Association, during the last period, through its committees, departments and the General Secretariat, has sought to implement many programs and initiatives that enhance the vision of 2038, because the continuous and thoughtful work creates a stimulating environment that helps to develop and push the Emirati football forward, as we would like to point out. Our quest will continue to reach our goals and achieve achievements at all levels.”

He added: “We signed local and international partnership agreements during the last stage, because we believe that the path of cooperation and exchange of experiences leads us to where we want, and we also expanded our partnerships at home by signing agreements with the ministries of education, culture, youth and community development, because football is not only a game of results, but It is a way of life and a societal culture, and it represents cooperation and collaboration in all its forms.”

He continued, “The national teams remain a priority in our strategy, so we provide them with the support they deserve, and we will remain keen to develop them and provide them with all the reasons for success, and we are keen to develop our local competitions technically and organizationally, and we are happy with the success achieved by the last football season.” The meeting reviewed the report of the Football Association’s activity in the 2021-2022 sports season, which witnessed many events and events, while the final account report of the Federation and the auditors was presented and approved by the members.