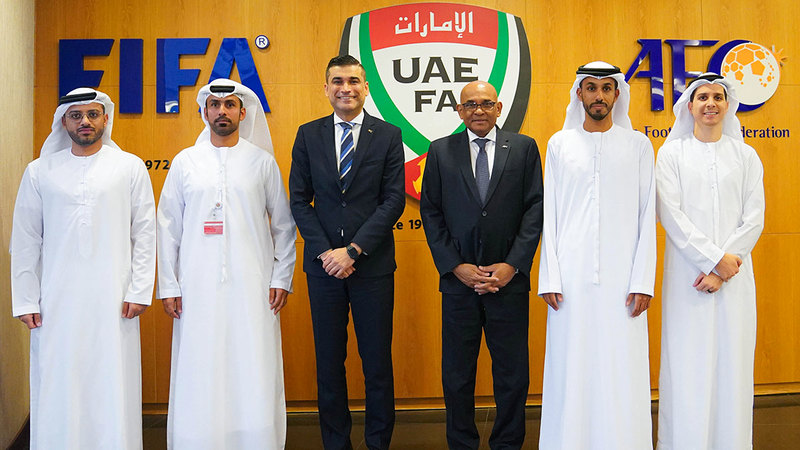 The Secretary-General of the Football Association, Mohamed Al Dhaheri, discussed, during his meeting yesterday, with the delegation of the Asian Confederation, consisting of Secretary-General Dato Windsor John, and Waheed Kerdani, Assistant Secretary-General for Administrative Affairs, Waheed Kerdani, the reality of football in the yellow continent, and the importance of continuing joint work and continuous cooperation between the AFC and its member federations, which helps in the development and development of football according to the latest international standards.

The Football Association said in a statement, yesterday: “Mohammed Al Dhaheri welcomed the Asian delegation, praising the distinguished relations with the Continental Confederation, which contribute to serving the development process of Asian football, and stressed the strength of relations between the two federations, and the continuous cooperation between the two sides in various affairs of the game in the Asian continent. Whether technical, organizational or other matters,” noting that the Emirates Football Association supports the programs of the AFC, and contributes greatly to their success. He added: “The meeting touched on the importance of the member associations keeping pace with the development of the game, including the development of administrative work and reliance on modern technology, as the Emirates Football Association is one of the leading associations in relying on this technology in all transactions with clubs, through the electronic system launched in 2011. Which contributed to speeding up and facilitating the completion of the procedures for the game’s affiliates, and the latest qualitative and distinctive leap in the UAE football activity.”