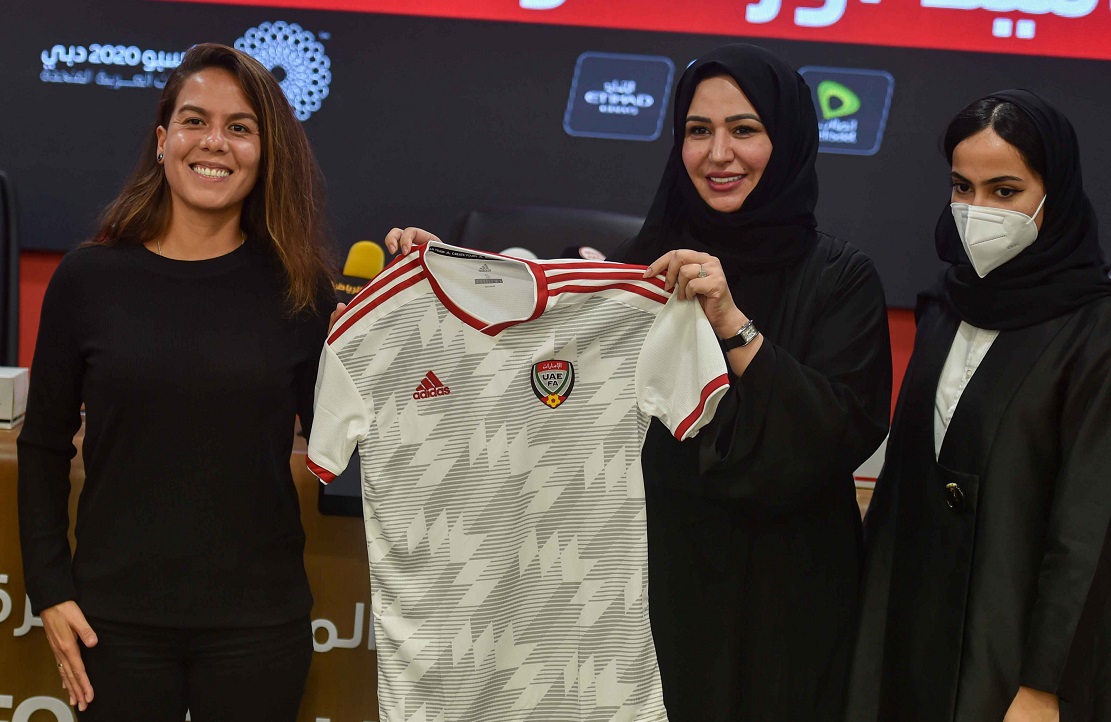 The Emirates Football Association has contracted with Brazilian Camila Orlando as the coach of the UAE women’s teams for the coming period.

Bushlach said – during the press conference held yesterday at the headquarters of the Dubai Football Association, to present the Brazilian Camila Orlando as the technical director of our women’s teams, in the presence of Ghalia Abdullah Al Mazmi, a member of the Women’s Football Committee, and various media -: “The next stage will witness great work for the development of football. And the contract with Orlando is an important step in the construction process, and there is no doubt that the national women’s elements will benefit greatly by getting to know the different football schools, most notably the Brazilian school.”

In turn, the Brazilian Camila Orlando expressed her happiness to be in the UAE, and to assume the responsibility of supervising the training of the women’s teams, noting that she will put her training experiences and all her previous experiences to serve the Emirati women’s football.