The foreign professional .. a decline in the transfer market and the absence of the “super deal” 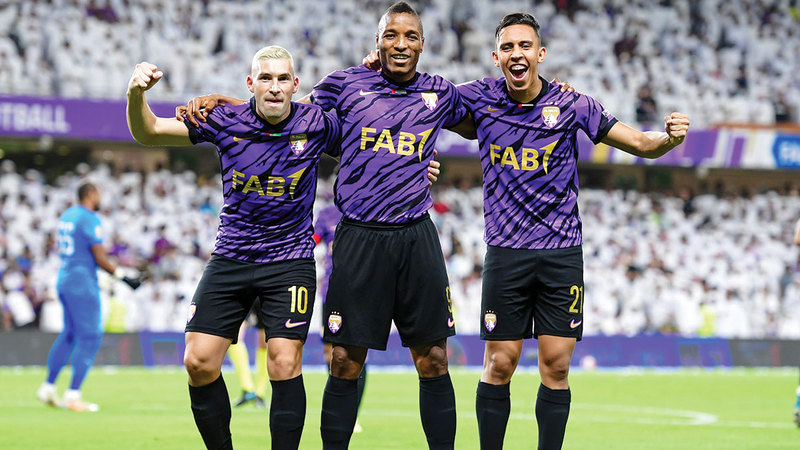 Athletes identified a number of important reasons that affected the clubs with their contracts with foreign players in preparation for the new season, as the strong deals and resonant contracts that we often heard about before the beginning of each season have largely disappeared (until yesterday), especially that our league clubs will begin their preparation periods with the beginning of Next July, 10 days from now.

They confirmed to “Emirates Today” that the delay in resolving deals is also due to the reason for the reduction of some budgets for foreign players, and the experience and deliberation in dealing with the file of the foreign player, in addition to the search for the distinguished resident player, in addition to the technical instability in some clubs.

No club in the professional league has so far settled on all foreign players, especially after increasing the number of foreign professionals to five players, awaiting the start of the preparation periods that will certainly witness the clubs announce their new deals in preparation for the next season, and the super deal has been absent from our league for more than Four years, specifically since the signing of the Spanish player Negredo, with Al-Nassr.

The citizen coach and Asian lecturer, Abdul Majeed Al-Nimr, confirmed that there are a large number of clubs working silently to close the contract file and end all matters. past seasons.

He said: «There are many things that led to the absence of contracts, including the association of a large number of clubs with foreign players for long contracts (such as two and three years), and it is difficult to terminate the contract with them even if they are not up to the level of ambition because of the large penalty terms, and the clubs did not succeed in contracting with Other players because of these difficult things, which come as a result of the long association with the player.”

Al-Ain and Ajman are the most beneficiaries

For his part, the director of the national beach soccer team, Bader Hareb, agreed with the delay in contracting with foreign players, and said: “The last season in general, foreign players did not have a clear impact with their teams, with the exception of the Al Ain and Ajman teams, which are the most beneficiaries of foreign players, which made the clubs She is very careful in her choices, because of the experience in dealing with this file, which is perhaps a positive thing so that the club does not make a mistake in its choices again.” He added: “The choices at the present time are completely different from the previous ones. There are modern means of testing and selecting players other than watching a video of the player, in addition to the fact that clubs are looking for players whose contracts have expired in order to contract with them so that they do not pay much, due to the reduction of some budgets. For foreign players, in addition to the fact that choosing a foreign player is not good, it will cost the team a lot because of the difficulty of contracting with a distinguished foreign player in the winter transfer period, unless he is a player whose contract has expired or in the six-month period, which means a great loss for the team and club if the management made a mistake in choosing one or two players. Badr Hareb confirmed that the delay in announcing the contract with foreign players is normal and may happen directly during preparation periods, and said: “It happened before and we tried foreign players during preparation periods, but certainly the best is to finish this file early.”

The players’ agent and former Ajman player, Hamad Al-Dosari, confirmed that the delay in announcing deals and foreign players may be due to the lack of technical stability for many clubs. He is a new coach and he wants time to get to know the team and see the players so he can choose a good player.”

He added, “The financial aspect is very important, and a good player cannot be obtained by clubs in an easy way or for a poor financial return, and the increase in the number of foreign players to five may be the reason for the delay because there is a risk in choosing each player carefully, in the beginning it was three players, then four.” Now there are five, and there are better resident players than foreigners, and clubs may go to register the resident player in the place of the foreign player.”

Al-Dosari said: “The financial value of the foreign players is very high, and you cannot finish negotiations with a player quickly, but you need time to end the negotiations. The Ajman team is perhaps the most stable team in this aspect and knows very well what it wants and ended the deals of the distinguished players from last season.” ».

The former Al Nasr team manager and technical analyst, Khaled Obaid, explained that the UAE League has been missing the super deal for more than a season, not only now, noting that the Spanish player Negredo, who was contracted by Al Nasr two years ago, was the last of the strong and resonant deals in the UAE League.

He said: “It is not a requirement to sign five distinguished foreign players, and it may be sufficient at times to sign two or three super players, instead of five foreigners, who may not benefit from all of them. Clubs now do not have the great financial strength to buy, and there are agents who offer a lot.” From foreign players, but the financial strength has become much less than before, which affected the deals.”

No club in the professional league has yet settled on all foreign players.