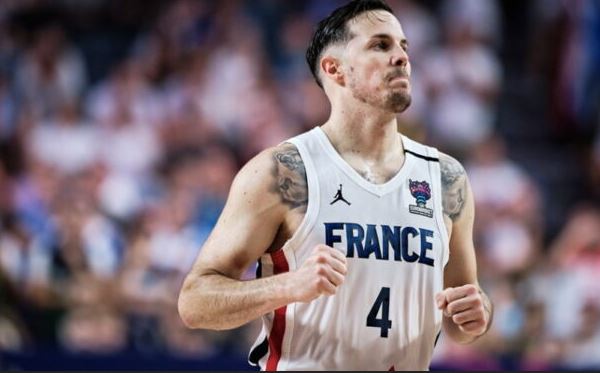 Veteran playmaker Thomas Ortel is at risk of being excluded from the French basketball team due to his signing with Zenit Saint Petersburg, Russia, according to the threat issued today by the French Football Federation. Zenit St Petersburg announced yesterday the signing of the 33-year-old international for a year, with the option to extend for an additional year.

The French Federation responded to this step by threatening that if Ortel played for the Russian team, he would be excluded from the French national team “in upcoming international events, including the Olympic Games”, due to the ban imposed on Russian clubs and teams against the background of the invasion of Ukraine.
After winning the 2013 European Championship gold, the 2014 World Cup bronze and the silver in the Tokyo 2020 Olympics, Ortel reached the final of the European Championship last week with the French national team, before losing Sunday to the Spaniards.

Ortel became without a team after one turbulent season with Real Madrid, who suspended him for disciplinary reasons and kept him away from the last matches, to repeat the scene of his previous adventure in Spain with Barcelona, ​​which he abandoned in 2021 after defending his colors since 2017. The French Federation issued a decision in July not to He included any player from the Russian and Belarusian clubs in the national team until the end of the war on Ukraine, in response to the signing of internationals Liviu Jean-Charles of CSKA Moscow and Louie Lapery for Kazan.

The French Federation stated that all the players selected to participate in the last European Championship, including Ortel, signed a pledge “indicating that they have not signed and are not planning to sign with a Russian or Belarusian club”. Russian and Belarusian clubs were excluded from European competitions, and the Russian national team was denied participation in the last European Championship.