The French government: The Liverpool-Madrid match damaged the image of our country 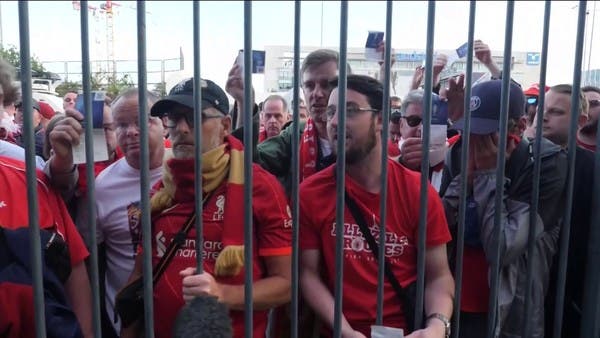 The French government reported Friday that a series of “failures” of the authorities marred the Champions League final in Paris on May 28, and regretted the police response to the events that caused “serious damage to France’s image”.

In his report, the Ministerial Delegate to the Olympics and Major Events, Michel Cadeau, expressed his regret “for the scenes of the security restoration operations that were circulated in the media and which raised questions from outside observers about our country’s ability to host and succeed in major sporting events for which we will soon be responsible”, in A reference to the 2024 Paris Olympics.

Two years before the Olympics, the report recommends the creation of a national governing body for international sporting events of major importance, along the lines of the existing model for the Paris Olympics.

And the government report continued: Prime Minister Elizabeth Bourne tasked the Minister of the Interior and the Minister of Sports and the Olympic and Paralympic Games to adopt the recommendations contained therein for their implementation.

Regarding the reasons for the failure, the 30-page report goes back to the preparations, outlining what happened, detailing the “malfunctions” and assigning responsibilities.

Pressure on France escalated after the local football federation revealed Thursday, in front of a Senate committee, that CCTV footage of the Stade de France stadium had been destroyed after not being subject to a court order, in line with French law.

The final match in which Real Madrid won its fourteenth title against Liverpool was marred by scenes of chaos, as the fans of the latter struggled to enter the stadium to attend the match, which raised questions about the ability of the French capital to host the 2024 Olympics.

On Thursday, the Paris police chief acknowledged the “failure” of security operations and apologized for using tear gas in the face of fans as they tried to enter the stadium.

However, the French police said on Thursday evening that they still had video footage from the stadium of the match day, and wrote on Twitter: “The images in the possession of the police are definitely at the disposal of justice, as part of the requests placed in a criminal investigation.” Let’s not confuse police photos with private body photos.” The photos are kept for thirty days.

The police chief blamed the disturbances outside the stadium and the delay of the match for about 30,000 to 40,000 fans without tickets or with fake tickets.