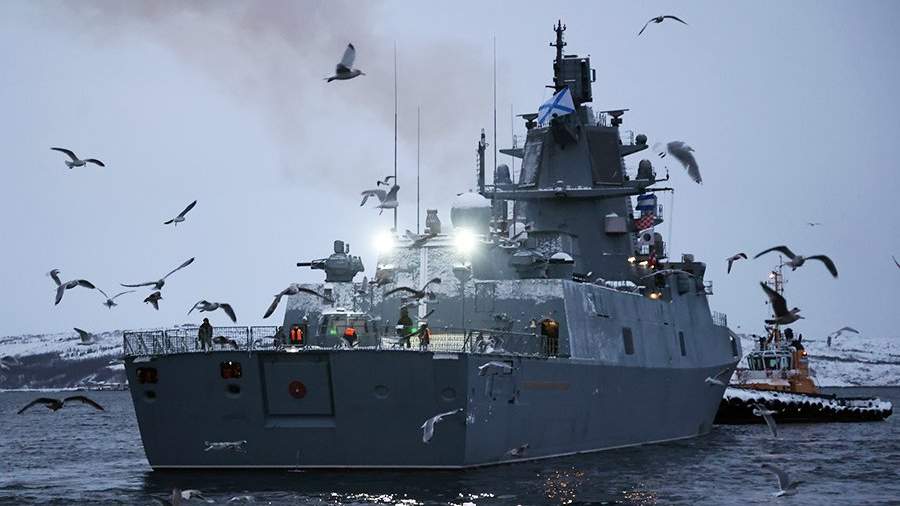 The crew of the frigate “Admiral of the Fleet of the Soviet Union Gorshkov”, operating in the western part of the Atlantic Ocean, conducted an exercise on the use of hypersonic missile weapons using computer simulation. The footage of the training task on January 25 was provided by the press service of the Northern Fleet.

“Today, a ship-based combat exercise was conducted to deliver a missile attack on an enemy surface target. At a distance of more than 900 km, a hypersonic weapon, the Zirkon missile, was used. The efficiency was one unit. That is, in our version, the electronic launch and the work of the entire ship’s combat crew confirmed all the characteristics that were incorporated into this complex, which it showed during preliminary and state tests, ”said Igor Krokhmal, commander of the frigate.

In accordance with the training situation, “Admiral Gorshkov” worked out the organization of a missile strike with a hypersonic missile “Zirkon” on a sea target, simulating a mock enemy ship located at a distance.

Earlier, on January 10, it was reported that the crew of the frigate conducted an air defense exercise in the Norwegian Sea. The sailors practiced repulsing the means of air attack of a mock enemy in difficult hydrometeorological conditions.

The frigate “Admiral of the Fleet of the Soviet Union Gorshkov” is a modern multi-purpose ship with guided missile weapons, designed to solve problems in the far sea and ocean zones. A ship armed with Zircons is capable of inflicting pinpoint powerful strikes against any enemy targets at sea and on land. A feature of the Zircon hypersonic missiles is the ability to reliably overcome any modern and advanced air defense and missile defense systems.