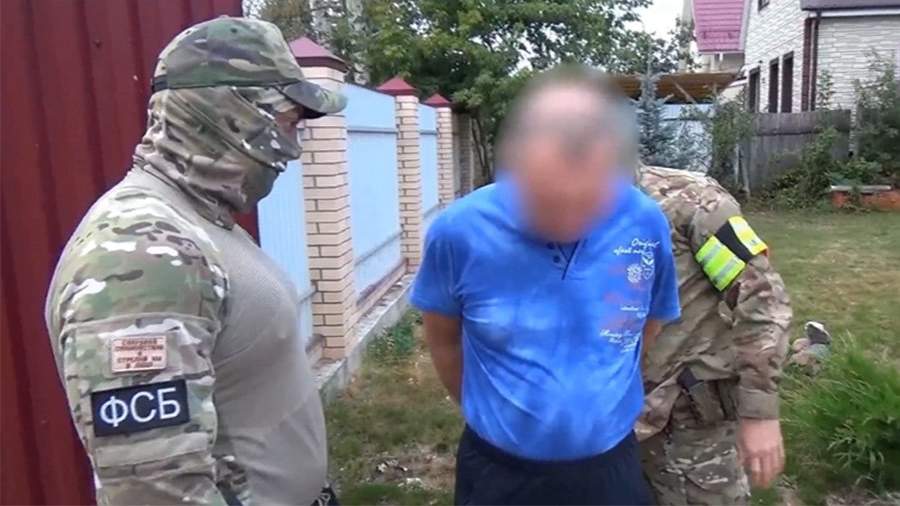 On September 13, the Federal Security Service of Russia (FSB RF) published a video of the detention of a resident of the Moscow region, who is the quality director of a Russian aircraft factory, in connection with a criminal case of treason in favor of Ukraine.

The footage shows how security officers detain the leader in his house, handcuffed. After that, the man was taken to court, where he was acquainted with the materials of the criminal case and sent under arrest.

Earlier on Tuesday, it became known that a resident of the Moscow region, having access to technical documentation marked “top secret”, photographed fragments of drawings of military aircraft parts using a mobile phone, being the quality director at an aircraft factory. After that, he handed over the materials to a citizen of Ukraine – an employee of the Odessa Aviation Plant.

A measure of restraint in the form of detention was chosen against the suspect, a criminal case was opened under the article on treason (Article 275 of the Criminal Code of the Russian Federation).

Before that, on August 26, a Ukrainian intelligence agent was detained in Kursk, who was spying on Russian military installations. He is suspected of involvement in the collection and transfer, on the instructions of foreign intelligence, of information about the objects of the Ministry of Defense of the Russian Federation in order to use them against the security of Russia. At the place of his residence, special technical equipment, transferred to him by the Ukrainian special service, was seized.

A criminal case has been initiated under Art. 276 of the Criminal Code of the Russian Federation (“Espionage”).