The full record of the “arbitration scandals” of the Zambian referee.. It was previously suspended because of “the courtesy of Tunisia’s Esperance.” 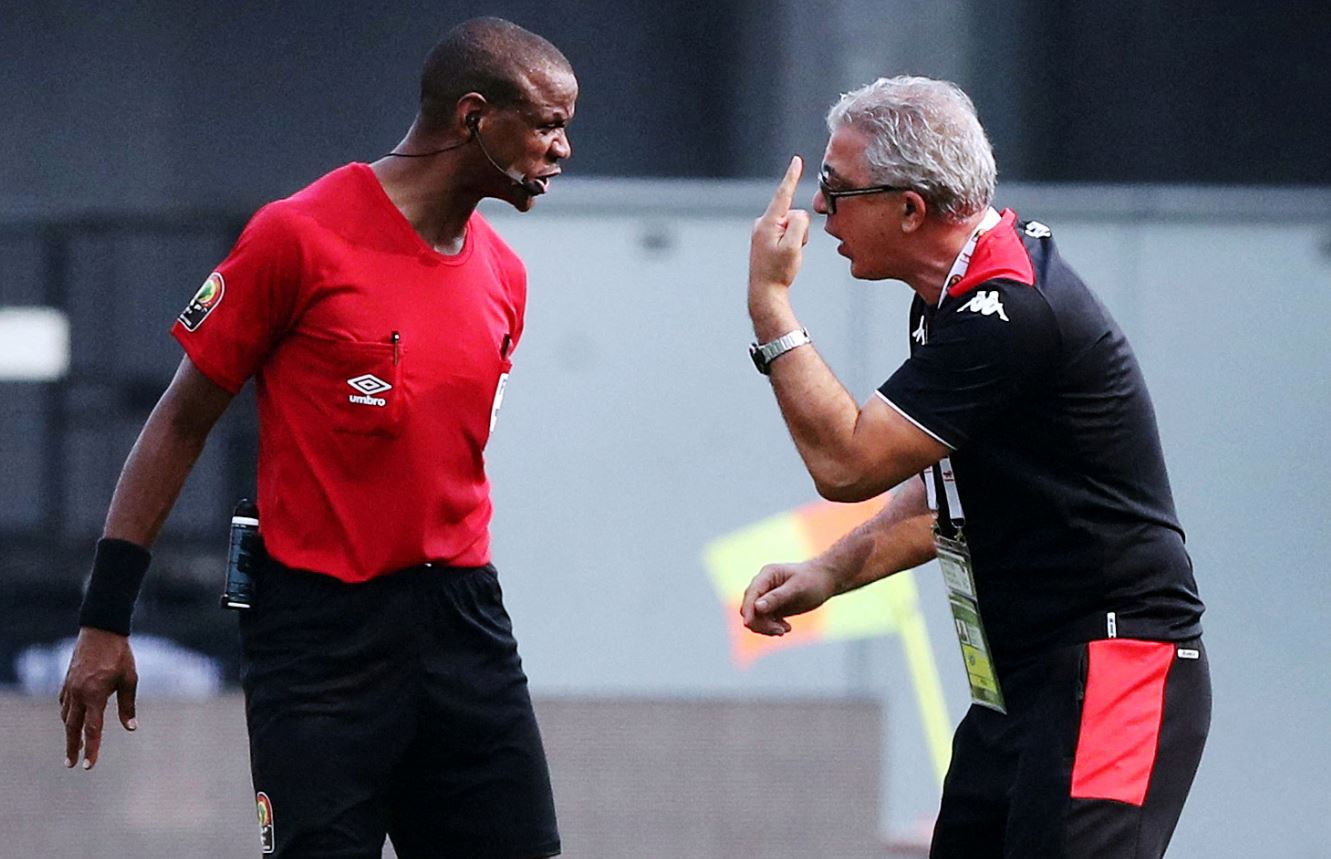 The match between Mali and Tunisia in the African Nations Cup yesterday reopened the controversial record of the Zambian referee Sikazwe, who was suspended by the former African Confederation due to “compliment to Tunisian club Esperance”, during the match between Premio de Agosto of Angola in the semi-finals of the African Champions League in 2018, where he was suspended due to What he made in this match were fatal refereeing mistakes, including canceling a valid goal for the Angolan team, and calculating an incorrect penalty kick.

And the British newspaper “The Sun” said in a report that this was part of what the African Union Disciplinary Committee decided that year, after an extensive investigation with the ruling, to be suspended due to “corruption” charges for five months, before it was lifted in 2019. The Angolan team won the first leg 1-0, but lost the second leg 4-2, and later Esperance won the title at the expense of Al-Ahly of Egypt.

The referee himself sparked widespread controversy during the 2017 African Nations Cup final, when the Egyptian team faced Cameroon in the final, and this match witnessed many refereeing mistakes, amid strong objection by the Egyptian team, which lost 1-2. In another match in the African qualifiers previously, the referee was accused of depriving the Egyptian team of a correct goal against Nigeria.

And it remains one of the major crises in which the referee himself was involved, when he took charge of the “referee of the mouse” during the final of the African Champions League in Rades, Tunisia, and the party of the match was Esperance and its guest, Wydad of Morocco. Where a correct goal for Wydad was rejected, before it was refused to return to the “mouse” screen, then it was found that it had been sabotaged, and after a long crisis during that match, Wydad withdrew, to be crowned Esperance with the title in one of the strangest football matches.

The Zambian referee was born in Kabiri Mboshi, Zambia in 1979, and received the international arbitration badge from “FIFA” in 2010, and he has previously managed many matches in the African Cup, the Club World Cup and the World Cup. The referee was linked to a strange incident in the 2016 Club World Cup final, between the Japanese Kashima Antlers and Real Madrid. When former Real Madrid player Sergio Ramos intervened violently on one of the Kashima players, the referee went to him and began to take out a yellow card, before returning it quickly, content with a verbal warning, to avoid Ramos was sent off, having previously received a yellow card. Later, the referee interpreted his confusion as a miscommunication between him and his aides.

The newspaper “The Sun” reported that it was strange that a referee had previously been suspended on charges of “corruption”, and with a track record of fatal refereeing mistakes, to return and take over the management of matches in the current African Nations Cup. It is noteworthy that the African Union decided to stop the referee at the present time, and opened an investigation into the incident of the match between Mali and Tunisia, where it is expected that he will be permanently suspended from practicing the profession of arbitration, given that his mistakes were repeated repeatedly. On the other hand, the Tunisian Federation submitted an official protest against what happened in this match, demanding that it be returned.