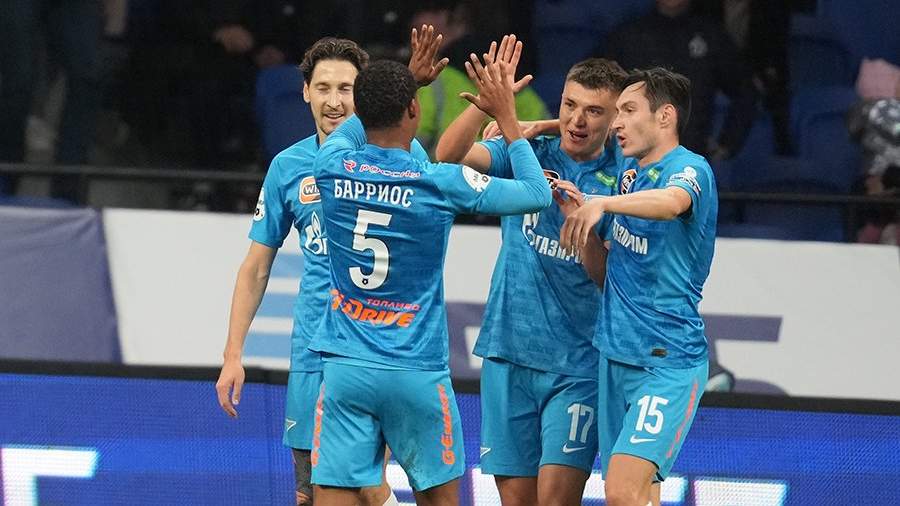 The general director of the St. Petersburg “Zenith” Alexander Medvedev commented on the last match of the 10th round of the Russian Premier League (RPL) with the Moscow “Dynamo”.

The meeting took place on September 17 in Moscow and ended with the score 2:0 in favor of Zenit.

“And the result is good, and the game is of high quality, which is especially nice. [Андрей] Mostovoy scored not from the seventh strike, but from the first. [Густаво] Mantuan followed suit and scored a very beautiful goal. In terms of content, the game looked – it was of high quality and interesting, ”TASS quotes Medvedev.

He also stressed that the match was held in a “holiday atmosphere”. According to the director of the Petersburgers, the fan stands on both sides – 20 thousand people in total – were very active and warmly supported the athletes.

“I think we have two clubs in the league that are leaders in the design of matches. I hope other clubs will follow the example of Zenit and Dynamo, showing that football is not just a game, but a sporting and cultural event,” Medvedev summed up.

Zenit scored 26 points and retained its leading position in the standings. Dynamo are in sixth place with 16 points.

The next time the team from St. Petersburg will play Rostov on their home field on October 2.

On September 11, Zenit players defeated Orenburg with a score of 8:0 in the 9th round of the Russian Championship. The victory helped Zenit to gain a foothold in the first place in the standings and get ahead of CSKA.