The genius Benzema .. paving the way for Real Madrid to the league title 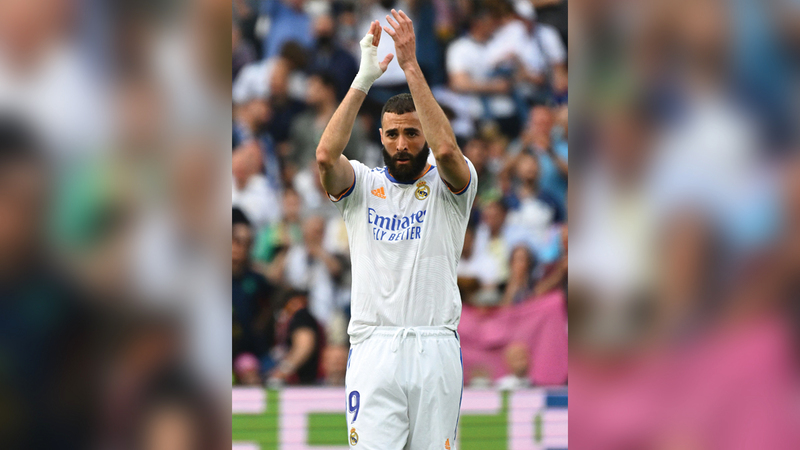 Real Madrid’s successful season in La Liga 2021-2022 will be linked to the brilliance of striker Karim Benzema.

The French sniper scored his 26th goal in 30 league matches the day before yesterday to complete Real’s 4-0 victory over Espanyol and settle his 35th league title, consolidating his record four games before the end.

Benzema’s season has been stellar and it took the 34-year-old striker some time to become an indispensable captain and the most influential player in the team that searched for an icon after the departure of Cristiano Ronaldo four years ago.

Benzema turned into a ruthless goalscorer in front of goal without losing his ability to go back and help build attacks from deeper areas.

Benzema scored 35% of Real’s 73 goals in the league this season, and also provided 11 assists.

Benzema has continued to develop and improve over the last three years.

But he exploded all his energies this season, the best of his career, as he scored 42 goals in 42 matches in all competitions, more than twice what any other player scored in the first division in Spain.

In the Spanish League, Benzema scored impressive goals in 18 matches, and helped Real win 43 points out of a total of 81, whether by opening the scoring or confirming victories.

But the journey was long and he was criticized at the beginning of his tenure for the lack of consistency and lack of commitment.

Back in 2010, then Real coach Jose Mourinho used a metaphor to express his feelings about Benzema, saying: “I’m going to go hunting because I don’t have a dog.”

The title “Cat” was associated with Benzema, who is now glowing with Real and the French national team, which he returned to last year, after an absence of six years.

But he returned to score with his country, as he does in the club.

It would be very difficult to avoid voting for Benzema for the award for the best player in the world at last.

He scored a hat-trick to lead Real’s comeback against Paris Saint-Germain in a 3-1 victory to qualify for the quarter-finals of the Champions League, after winning 3-2 on the aggregate score.

Then he starred in the next round and scored another hat-trick against Chelsea at Stamford Bridge, and the decisive goal on a breathtaking night at the Bernabeu, to lead the Madrid team to the semi-finals.

After a double in the first leg of the semi-final against Manchester City, Bayern Munich star Robert Lewandowski became the top scorer in the Champions League this season, with 14 goals in 10 matches.