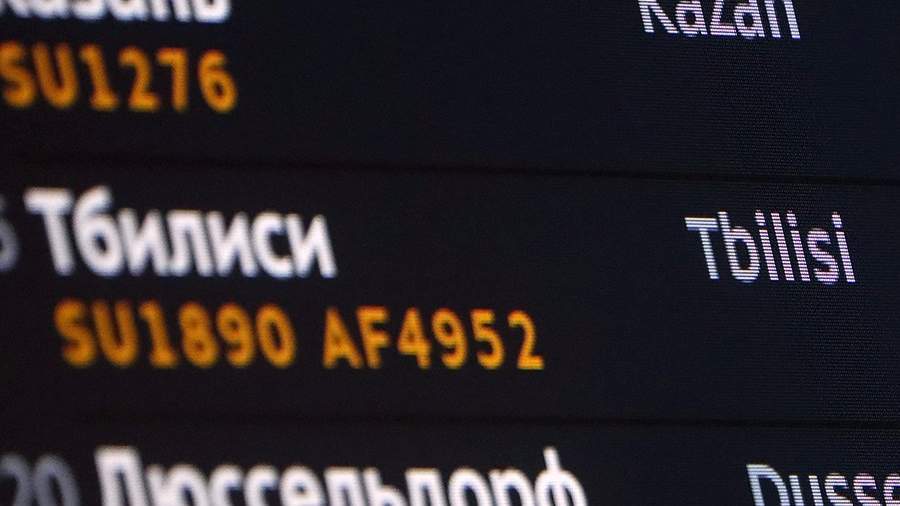 Georgia will react positively to the resumption of air communication with Russia. This was stated to journalists by the head of the ruling party, Rati Ionatamishvili, on Thursday, January 19.

According to him, the lifting of the ban on flights from Russia to Georgia will be a major relief for hundreds of thousands of Georgian citizens living in Russia.

“As for the issue of flights, our society knows very well that at one time there was a kind of sanction that was introduced by Russia against Georgia. If they refuse to use this sanction, I think it will be better for our citizens,” said Ionatamishvili, commenting on the statement of Russian Foreign Minister Sergei Lavrov.

A day earlier, the head of the Russian Foreign Ministry expressed hope that direct flights from Russia to Georgia would be restored in the near future.

He also noted that “Georgia’s ability to resist the open pressure of the West deserves respect.”

Prior to that, on December 10, Denis Gonchar, head of the fourth department of the CIS countries of the Russian Foreign Ministry, said that Russia admits the possibility of resuming direct flights with Georgia and simplifying the visa regime with Georgian citizens, but subject to the formation of the necessary prerequisites.

On the same day, Zurab Abashidze, Special Representative of the Prime Minister of Georgia for Relations with the Russian Federation, announced that the issue of resuming direct flights between Georgia and Russia is not on the agenda today. He noted that Tbilisi is aware of Moscow’s plans to revise and simplify the visa regime for a number of countries, including Georgia. Abashidze reminded that Russians from 2011 to this day do not need a visa to visit their country.

The decision was made against the backdrop of mass protests in Tbilisi that year. This happened due to the fact that during the session of the Inter-Parliamentary Assembly of Orthodoxy (IAO), the Russian delegate Sergei Gavrilov was put in the chair of the speaker of the Georgian parliament. Dissatisfied with this, activists went to rallies, riots began in the city, and a security threat appeared for the Russians in Georgia.