The German Federation is investigating Schalke and Cologne 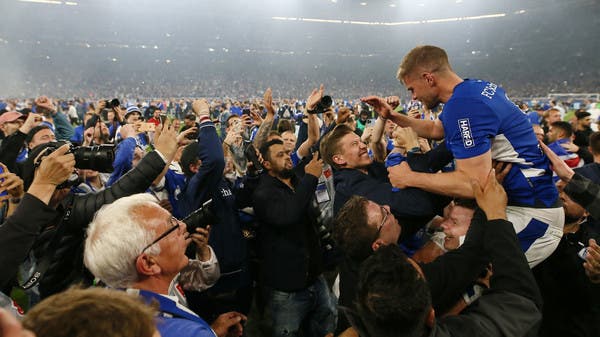 The German Football Association (DFB) has launched an investigation into fans’ storming of Schalke 04 and Cologne stadiums during this weekend’s competitions, as it announced on Monday that the two clubs had been informed of the matter and asked to provide a statement in this regard.

About two thousand fans of the second division team, Schalke 04, stormed the pitch and damaged it and snatched the goal net, as part of the celebration of the 3-2 victory over St. Pauli and ensuring a return to the first division, before one stage left in the second division competitions.

A large number of Cologne fans stormed the grounds of the team’s stadium after the match that it lost to its guest Wolfsburg with a goal on Saturday evening in the thirty-third and penultimate stage of the German League, as the results of other teams decided its European participation in the next season.