The government of Yemen..the Houthi militia continues to undermine the chances of establishing peace 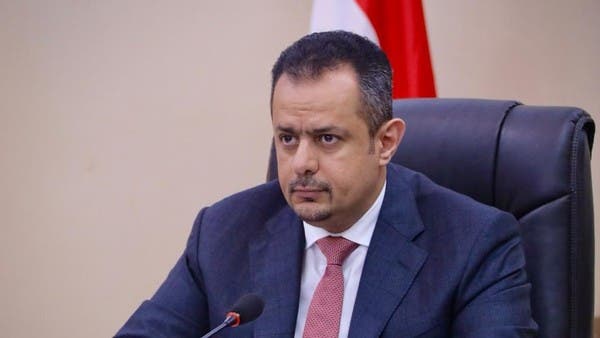 Yemeni Prime Minister Maeen Abdul-Malik said, on Wednesday, that the Houthi coup militia continues to undermine the chances of peace in Yemen, by continuing to commit violations of the UN armistice and refusing to implement its provisions regarding humanitarian aspects, foremost of which is lifting the siege imposed on Taiz.

This came during a telephone conversation with the US special envoy to Yemen, Tim Lenderking, who discussed the international and international efforts in support of peace in the country, according to the official Yemeni news agency (Saba).

Mueen Abdul-Malik reiterated his government’s keenness to abide by the UN truce and implement its obligations under it.

He called on the United Nations and the international community to put pressure on the Houthi militia to implement what was agreed upon.

The Yemeni prime minister also stressed the government’s keenness to make the truce a success and any efforts that would alleviate human suffering and reach a comprehensive political solution in accordance with the terms of reference for the agreed upon solution.

In turn, the US envoy to Yemen reiterated his country’s support for the government’s efforts to implement reforms and economic stability.

He also affirmed Washington’s keenness to make the humanitarian truce a success and to support the efforts of the United Nations and regional and international efforts to reach a political solution in Yemen.