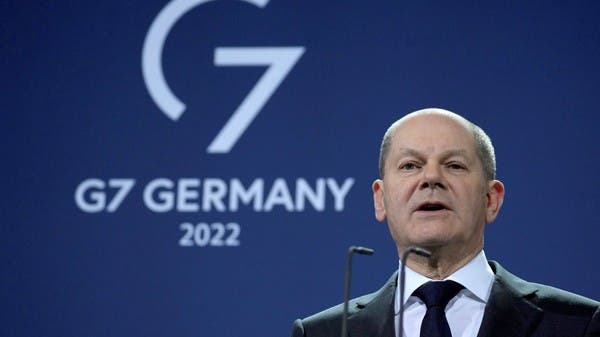 G7 leaders discuss how to tackle high inflation and stave off the threat of recession on the opening day of their meeting in the Bavarian Alps, as well as how to keep pressure on Russia over its invasion of Ukraine.

With the war raging about 1,200 kilometers (746 miles) east of Schloss Elmau, where the summit is being held, the German chancellor and host Olaf Scholz will lead talks on tackling climate change, infrastructure and investment.

Schultz said the leaders had detailed discussions about the current energy crisis and the inflation boom, which they all agreed was a cause for concern, and that they were determined to address the risks to their economies “in a coordinated manner.”

“Low growth rates in some countries, rising inflation, scarcity of raw materials and disruption to supply chains are not small challenges,” Schulz told reporters during a break in talks.

“That is why we have to take responsibility jointly but I am very optimistic that we will be able to send a clear signal of unity and decisive action from this summit,” he continued. “The fact that we are united means that we can tackle risks in a coordinated manner, and that we can mobilize investment and supply chains together.”

Leaders of the club of rich nations are set to discuss a possible cap on Russian oil prices during the 3-day summit, even as many details of the complex mechanism remain unresolved. The United Kingdom, the United States, Japan and Canada are planning to unveil a ban on new gold imports from Russia, which Britain said would have a “significant impact” on President Vladimir Putin’s ability to finance his armed forces.

While France is not opposed to the US proposal for a cap on oil prices, it does want a broader discussion with oil producers, according to a senior French official. The official, who asked not to be named, added that European Union sanctions have a stronger impact on Russia than imposing a possible ceiling on oil prices, according to Bloomberg, which was seen by Al Arabiya.net.

The official said that the G7 leaders will present a discussion on the evolution of the nuclear talks with Iran, and added that Iranian production should be part of the discussions on oil prices.

G7 negotiators known as Sherpas had what one official described as “intense” talks about Russia’s oil cap ahead of the summit, according to people familiar with the discussions.

This price mechanism would set an upper limit on oil imports from Russia, which would be unilaterally imposed by each participating country and prevent Russia from selling at a higher price.