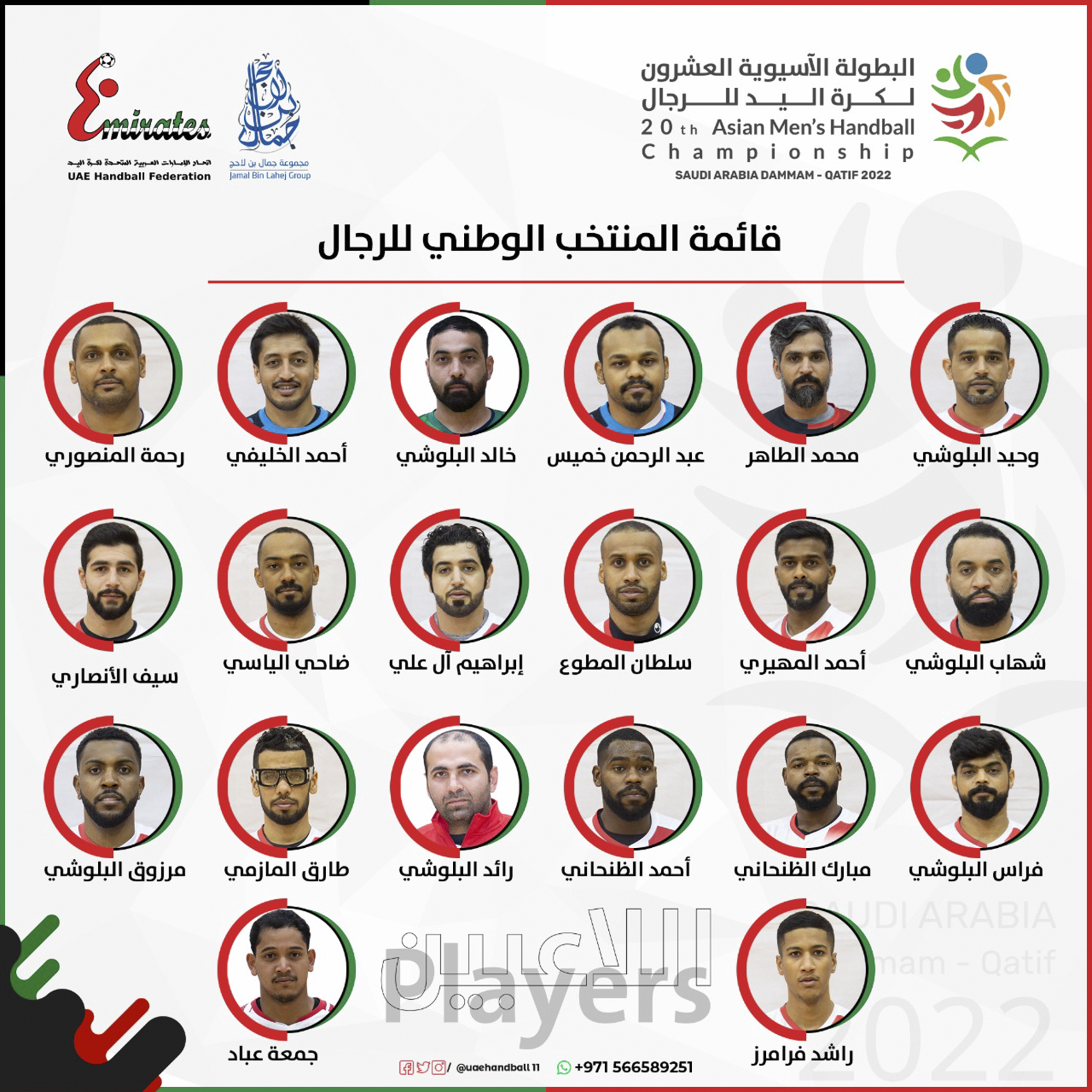 Today, the Handball Federation announced the official list of the first national team participating in the twentieth Asian Championship hosted by Saudi Arabia during the period from January 18 to January 31, and qualifying for the 2023 World Cup in Denmark and Norway.

Yesterday, the team successfully concluded its two friendly experiences that it gathered at the Sharjah Club lounge with its Australian counterpart, in two experiences during which the “white hand” confirmed his readiness before traveling to Saudi Arabia, after winning the first with a score of “34-20”, then in the second “29-17”. “.