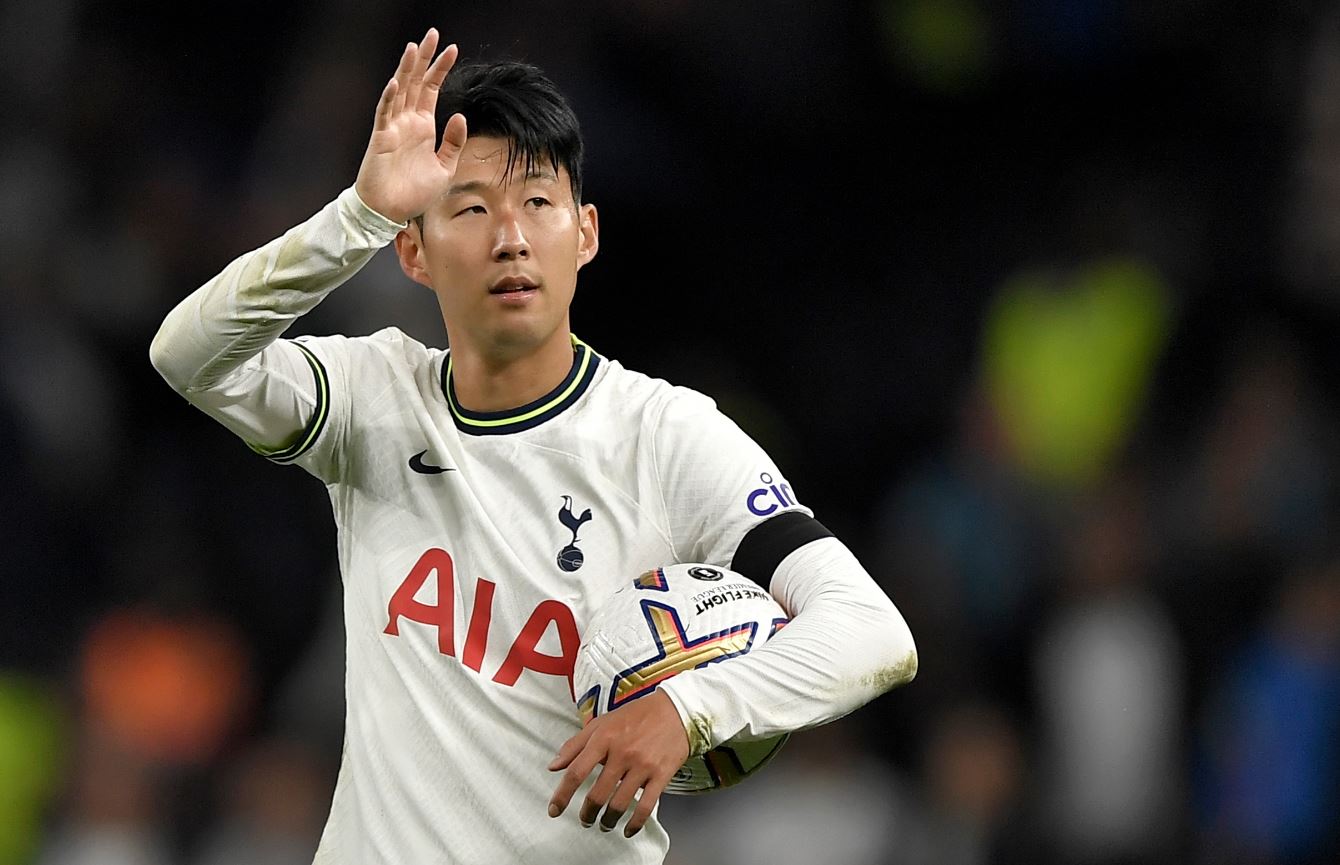 Tottenham Hotspur striker Son Heung-min said he shed the frustration and negativity with not scoring goals in recent weeks by scoring three times in the 6-2 win over Leicester City in the Premier League on Saturday. Son, who shared the top scorer award last season with Liverpool striker Mohamed Salah, was left out of the starting line-up after failing to score in eight matches in all competitions.

But the South Korean striker responded with a strong response by scoring a wonderful hat-trick within 14 minutes after coming on for Richarlison in the 59th minute. “It’s an amazing feeling, I couldn’t believe when I scored, I felt like I got rid of everything,” Son told the BBC after the victory. Frustration and negativity and this made me very happy.”
He added, “Football is sometimes crazy. The ball refused to enter the goal at times and then went into the net three times, as happened today and everything changed. I learned a lot from this difficult period. I needed to work hard to seize this opportunity. I was lucky with three goals and I am really proud.” With this victory, Tottenham tied with defending champion Manchester City in the lead with 17 points, but Arsenal may grab the top if they defeat Brentford today.