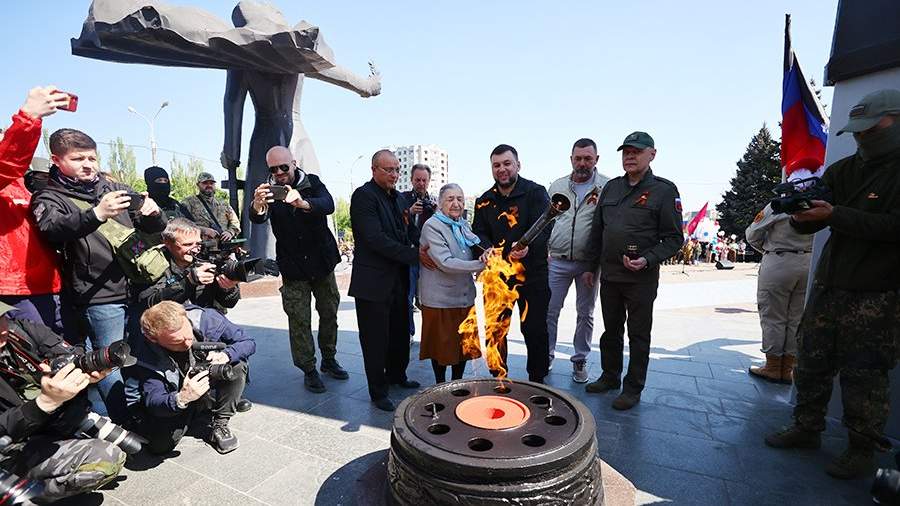 On May 9, the head of the Donetsk People’s Republic (DPR) Denis Pushilin arrived in Mariupol, liberated from the Ukrainian military, and congratulated the residents of the city on the holiday. A report from the venue of the festive event was shown by the war correspondent of the Izvestia TV channel Alexander Safiulin.

“I am very, very glad that today we have the opportunity to congratulate the residents of the liberated Mariupol on a sacred holiday for us – the Victory Day. Of course, there are still many important steps and battles ahead until the moment when Donbass is completely liberated, when we reach the constitutional borders. Nevertheless, today we can already say thank you to our veterans,” Pushilin said.

He drew the attention of citizens to the fact that now, since 2014, they can again show their pride in their ancestors who liberated the world from the Nazis and pass on memory to the next generations.

Earlier on the same day, Victory Day was celebrated in the Donetsk and Lugansk People’s Republics, as well as in the cities of Ukraine under the protection of the special operation forces. The authorities initially did not plan parades for the safety of citizens. It is stated that they will certainly take place after the complete liberation from the nationalists. Nevertheless, processions of the “Immortal Regiment” took place in the settlements.

On May 9, local residents laid flowers at the monuments to the participants of the Great Patriotic War, took part in folk festivals. In addition, particles of the Eternal Flame were delivered to the DPR and LPR.