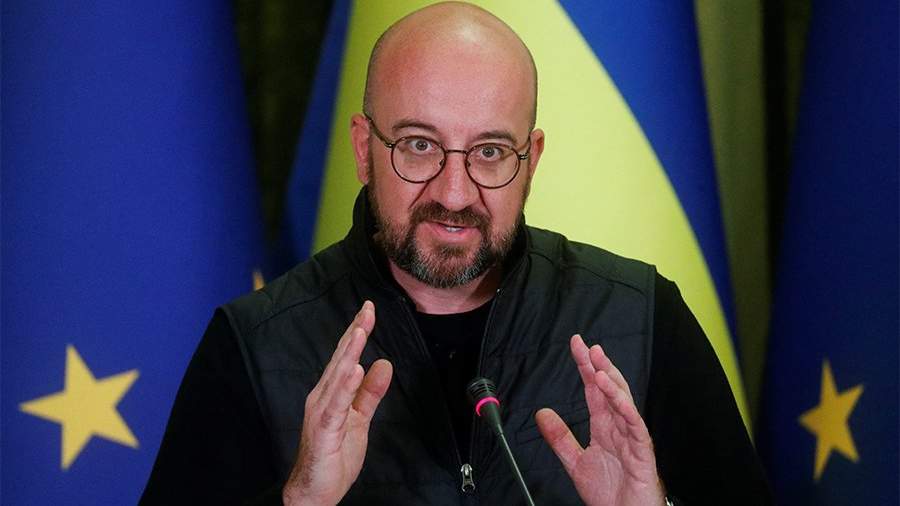 The President of the European Council, Charles Michel, wrote on his Twitter account that he had come to Odessa to celebrate Europe Day on May 9. He also promised the people of Ukraine support.

“I came to celebrate Europe Day in Odessa, in the city about which Pushkin said that you can feel Europe here,” the politician wrote, adding that Europe “stands with them.”

The countries of the European Union (EU) celebrate the anniversary of the end of World War II on May 8, since it was on this date at 23:00 that the first act of capitulation of Nazi Germany came into force. In the USSR, due to the time difference of two hours, the holiday is celebrated on May 9th.

On the 9th, Western countries celebrate Europe Day, the anniversary of the adoption in 1950 of the declaration by French Foreign Minister Robert Schuman. It is considered to be the starting point of the modern concept of European integration.

Earlier, President of Ukraine Volodymyr Zelensky invited German Chancellor Olaf Scholz to visit Kyiv on May 9. The head of state called it an opportunity to make a powerful political step.

According to the Ukrainian leader, he conveyed the corresponding invitation during a conversation on May 5 with German President Frank-Walter Steinmeier during the first telephone conversation with him after the scandal, NSN reports. Zelensky also invited Steinmeier to the capital of Ukraine.

The conversation lasted 45 minutes, the President of Germany assured his Ukrainian counterpart of Germany’s full support for Ukraine.

Earlier, on May 3, Scholz said that the refusal of the German president’s visit “stands in the way” of further prospects for his visit to Kyiv in the foreseeable future. He drew attention to the fact that Germany provides Ukraine with “so much military and economic assistance”, but Kyiv refuses to visit the President of Germany, the Zvezda TV channel reports.

Marie-Agnes Strack-Zimmermann, head of the German parliament’s defense committee, reacted to these words of Melnik. She called on Ukraine to “apologize to the president and then politely invite the chancellor.”

On February 24, Russian President Vladimir Putin announced the launch of a special operation to protect Donbass. It was preceded by an aggravation of the situation in the region, an appeal by the leadership of the DPR and LPR to the Russian Federation with a request for help, and the subsequent recognition by Russia of the independence of the Donbass republics.