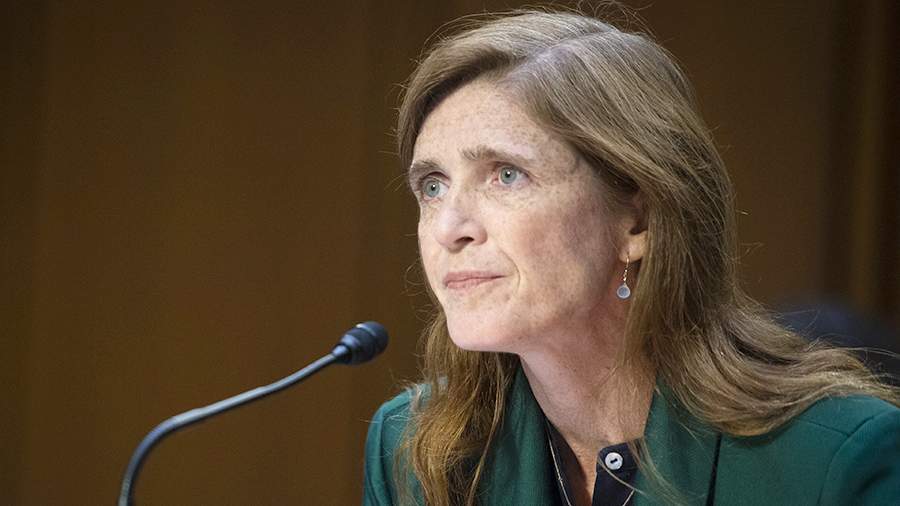 Washington is exerting all kinds of pressure on Russia’s allies, but President Vladimir Putin ignores them. This statement was made by the head of the US Agency for International Development (USAID) Samantha Power.

“We put all kinds of diplomatic pressure on the countries that retained influence on Putin: Turkey, Israel, India, China. Putin doesn’t care, ”she stated on the air of the CBS television channel.

At the same time, according to her, the United States should not just watch the events in Ukraine.

“In my opinion, this is a mischaracterization of the actions that the US has taken. It is not my responsibility to talk about the security assistance that was provided – however, it was it that allowed Ukraine to strike back and hold out for as long as possible, ”said the head of USAID.

She urged the US Congress to increase the amount of assistance to Ukraine in order to “be able to send again, for example, new additional funding, which, as it will come to those partners who urgently need it.”

Earlier, on April 29, Jen Psaki said that US President Joe Biden could allocate only another $250 million worth of weapons to Ukraine, and Congress should authorize additional funding to expand supplies.

On the eve it was reported that the House of Representatives of the US Congress approved a bill on the supply of weapons to Ukraine under Lend-Lease. On April 6, the bill was approved by the US Senate. Now it will go to President Joe Biden for signature.

Also on April 28, it became known about the intention of the American leader to additionally request $ 33 billion from the US Congress to support Ukraine. It was noted that the requested package of assistance to Kyiv will include more than $20 billion in military assistance, $8.5 billion in economic aid and $3 billion in humanitarian aid.

On April 17, it became known that new military aid began to arrive in Ukraine as part of the last adopted package for the supply of weapons from the administration of US President Joe Biden. For the first time, the United States has agreed to provide Kyiv with powerful weapons, including 11 Mi-17 helicopters, 18 155mm howitzers and 300 Switchblade drones, according to a White House source.

Western countries began to actively arm Ukraine against the backdrop of Russia’s ongoing military operation to protect the Donbass, which Russian President Vladimir Putin announced on February 24. The decision was made against the background of the aggravation of the situation in the DPR and LPR as a result of shelling by the Ukrainian military.