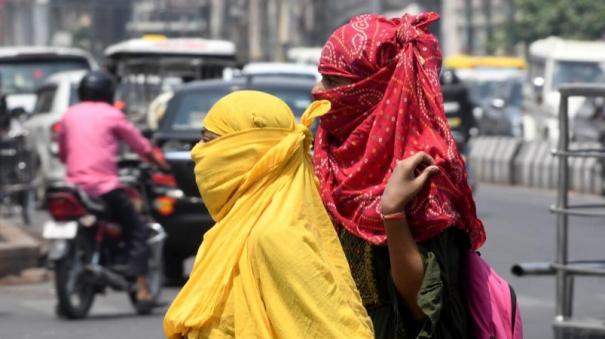 New Delhi: The Indian Meteorological Department has forecast maximum temperatures of about 2 degrees for the next three days in most parts of northwestern India.

Heat wave: Summer heat is having a greater impact than usual across India. For the next five days in Vidarbha, Rajasthan and Madhya Pradesh, till April 30 in Uttar Pradesh, Jharkhand, Ganges, West Bengal and the interior of Odisha, till May 1 in Punjab, Haryana, Chandigarh and Delhi and till April 29 in Chhattisgarh. The heat wave will continue till the 30th in the regions. The temperature in the capital Delhi will touch 44 degrees Celsius.

Chance of light rain: Although the warming will continue till May 2, it is likely to subside after Friday in Delhi and surrounding areas.

Punjab, Haryana, Chandigarh, Delhi and western Uttar Pradesh on Friday, April 29, Rajasthan. Meanwhile, light to moderate showers with thundershowers will occur in the northwestern part of the country and from May 2 to May 4 in the western Himalayas.

In India, heat waves are hitting India as it faces a power crisis due to coal shortages. It is noteworthy that in the last few days, important buildings, hospitals and forest fires have taken place in various places.