The highest fence: the ex-mayor of Vladivostok was given 16.5 years for bribes from ritualists 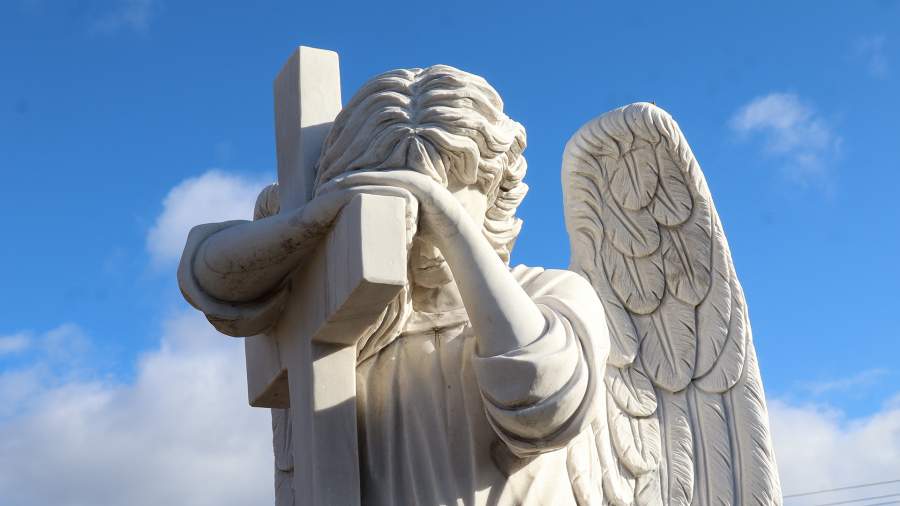 The former mayor of Vladivostok, Oleg Gumenyuk, was found guilty of taking bribes in the amount of more than 38 million rubles – the ex-mayor was sentenced to 16.5 years in prison and a fine of 150 million rubles. This decision was made on January 18 by the Leninsky District Court of the city. According to the investigation, Gumenyuk received money for the patronage of the ritual and construction business. The charges were based on the testimony of Sergei Sirotkin, a close friend of the ex-mayor, who had previously been convicted of mediating these bribes. Experts point out that earlier The Supreme Court of the Russian Federation has repeatedly taken the position that the testimony of a single witness is not sufficient evidence of guilt. itlawyers say, gives Gumenyuk’s defense a chance to reopen the case. At the same time, representatives of the industry do not deny that the ritual business on the ground often goes into the shadows. The reason for this, in their opinion, lies in the system of control over the sphere, which needs to be strengthened at the federal level.

Leninsky District Court of Vladivostok January 18 sentenced the former mayor of the city Oleg Gumenyuk. The official was accused of two episodes of taking bribes on an especially large scale (part 6 of article 290 of the Criminal Code of the Russian Federation). At the time of his arrest, on October 4, 2021, the amount of 19.5 million rubles appeared in the case, but by the end of the investigation it had grown to 38 million. The state prosecutor asked for 17 years in prison for the ex-mayor, the court sentenced him to 16.5 years in a strict regime colony and a fine of 150 million rubles. He was also banned for 12 years from holding positions related to the implementation of the functions of a representative of power.

The former mayor took the verdict calmly, and when he heard the deadline, he smiled and nodded his head. When the convict was taken out of the hall, he called the decision a “trial”, and already in the corridor he had time to briefly comment on the punishment imposed.

The defendant’s lawyer categorically refused to comment on the court’s decision.

The bribery case includes two episodes: patronage of the funeral business and lobbying for the construction business. According to the investigation, “from 2019 to 2021, the ex-head of Vladivostok regularly received bribes in the form of money from the management of the Necropolis MUPV and through intermediaries for general patronage in the provision of funeral services.” The total amount, according to the indictment, amounted to 31.2 million rubles. The patronage consisted in protecting the municipal ritual enterprise “Necropolis” from inspections and “turning a blind eye” to its activities, the investigation believes.

According to the second episode, the official received another 6.9 million rubles already from representatives of the construction business, sure consequence. In 2016-2018, even before taking the post of mayor, Oleg Gumenyuk headed the State Budgetary Institution “Economic Department of the Primorsky Territory Administration” – there, as follows from the case file, he created non-competitive conditions for local firms. The official allegedly accepted bribes both in money and in services – for example, someone was offered to pay off the debt of the son of the former mayor.

Before coming to the post of mayor, Oleg Gumenyuk worked in high positions and made good money, but when he moved to the chair of the mayor, the family’s income dropped to 87 thousand rubles a month, the official’s wife told the media. According to her, only after months of work the salary of the mayor rose to 160 thousand. Oleg Gumenyuk moved to the post of head of Vladivostok not for the sake of money, but to take care of the city.

The investigation considers the businessman and close friend of Oleg Gumenyuk, Sergei Sirotin, to be an intermediary in bribery. The businessman also came under investigation, but concluded a pre-trial agreement with law enforcement agencies – usually this involves a shorter period in exchange for detailed testimony. Sergei Sirotin became the main witness for the prosecution, his testimony helped the investigation bring the case of Oleg Gumenyuk to trial.

At one of the final court hearings, during the debate of the parties, the ex-mayor’s lawyer said that the Necropolis case was “almost entirely” based on the words of Sergei Sirotin. According to the defender, the prosecution cannot be based on the testimony of one person.

Thanks to a pre-trial agreement, Sergei Sirotin managed to change his own measure of restraint, first to house arrest, and then to a written undertaking not to leave the country., says the lawyer. In addition, the status of Sirotin also changed – as a result, he was recognized not as a participant in the scheme, but as an intermediary, and in November 2022, he was sentenced to four years of strict regime and a fine of 62.5 million rubles.

The defense also noted that Sirotin’s ability to critically assess the situation and his actions may raise doubts: earlier Sergey Sirotin got into an accident and received a severe head injury. The court denied the petition for a forensic psychiatric examination of the witness.

Gumenyuk’s defense also pointed to the contradictions in the words of Sergei Sirotin. As an example, the lawyers cited the evidence they gave during the investigation that the ex-director of Necropolis Igor Babynin (sentenced to a fine of 1.5 million rubles for mediating the transfer of a bribe) did not need patronage: the company was doing well anyway . Already at the trial, Sirotin said that 1.5 million rubles a month were the price for the opportunity to become a monopolist in the funeral services market. Sergey Sirotin could not indicate when and where the money was transferred to the former mayor, the lawyer says.

Oleg Gumenyuk pleaded not guilty to bribery and accused his former friend of betrayal.

– I knew him for 15 years and did not expect such slander from him. My case has all the evidence: I didn’t do what it saysthe former mayor said.

At the same time, even taking into account the severity of Article 290, the term assigned to Oleg Gumenyuk is excessively high, considers the vice-president of the association of lawyers Vladimir Kuznetsov.

– The case will probably not be limited to the first instance: there is a chance of commutation of the sentence by higher courts. Also, the testimony of a single witness, as a general rule, is not sufficient evidence. This position was repeatedly taken by the Supreme Court of the Russian Federation based on the results of consideration of specific cases.– the lawyer emphasized in an interview with Izvestia.

The case will most likely go to cassation, Marina Erzya, a lawyer at the St. Petersburg Chamber of Advocates, believes. Any accusation, she said, must be based on a body of evidence that does not contradict each other, and not on the testimony of a person “having motives for a slander in order to mitigate punishment.”

– With this approach, anyone can become a victim of a slander. Therefore, an additional investigation will definitely not hurt, ”Marina Erzya added.

The appearance of a shadow ritual business is the result of an incorrectly built system of control over the funeral sphere, Anton Avdeev, chairman of the regional public association Trade Union of Funeral Service Workers, told Izvestia.

“Practice shows that the heads of local authorities sometimes either treat ritual activities negligently, letting it take its course, or turn this area into a business. If you look at the regions, where and which body oversees the funeral service, they will be different everywhere – from housing and communal services and road construction and landscaping to departments of trade and services, the expert noted.

Municipal funeral companies are entrusted with a guaranteed list of works on burial and maintenance of burial places. Often the source of their income is the populationadded Anton Avdeev.

– The heads of city administrations are annually called by the council of local deputies with the question of why the funeral company is unprofitable. As a result, they put in place the director of an “effective person”, who turns ritual services into a business, earning literally on everything,” the expert explained.

According to him, The most profitable item of the shadow funeral business can be called the trade in cemetery land.

– People are often put in such a position that they have to pay for a “good” burial place, and sometimes a lot of money. Otherwise, their relatives risk being buried in such a place that the survivors feel ashamed,” the chairman of the trade union emphasized.

At the same time, as you know, it is illegal to sell a place in the cemetery, so the leaders of the municipal unitary enterprise agree with local officials on “mutually beneficial cooperation,” the expert added.

The problem of the shadow business can be solved by strengthening federal control over funeral activities, says Anton Avdeev. Municipal ritual enterprises also need their own source of funding – for example, a fund with a system of mandatory checks. Perhaps then there will be fewer reasons to take and give bribes in this area, a representative of the industry is sure.