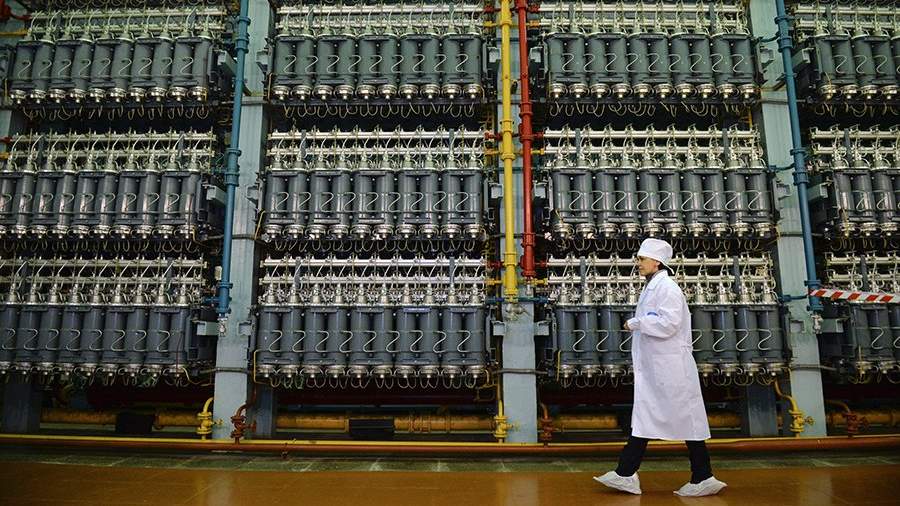 If Russia refuses to supply the United States with enriched uranium, Washington may face negative consequences for the operation of the reactors, up to and including their shutdown. Matt Bowen and Paul Dabbar, researchers at the Center for Global Energy Policy at Columbia University, warn about this in an article for The Hill.

“This could lead to a shutdown of reactors, and given that nuclear energy accounts for more than 20 percent of generating capacity in some parts of the country, electricity prices will jump even above today’s inflation,” the publication says.

As noted in the article, many reactors operating in the United States and the European Union are manufactured in Russia, and Moscow supplies components for them. According to the authors of the material, if the tension between Russia and the West does not subside, many nuclear power plants are threatened with suspension of work. Such a scenario could result in capacity shortages for consumer demand.

The publication says that the solution to the problem will be the resumption of work of the conversion plant in the United States, which has been idle for many years. However, the enterprise will not be able to operate at full capacity without the help of the government.

At the same time, there is a need to enrich uranium, and for this, private companies must expand production to replace supplies from the Russian Federation.

On June 7, Bloomberg, citing sources, reported that the US government expects to abandon the export of uranium from Russia by increasing domestic production. It is emphasized that even with the most favorable forecasts promising the development of our own energy industry, it will be difficult at first. For example, there is currently only one commercial uranium enrichment enterprise in the United States, which belongs to the British-German-Dutch consortium URENCO Group. It is hard to imagine that its capacity will be enough to service all industrial reactors in the country.

A day earlier, US President Joe Biden declared a state of emergency in connection with a possible shortage of electricity generating capacity in the country. To solve the problem of providing the population with electricity, the head of state exempted certain solar cells and modules imported from Vietnam, Cambodia, Thailand and Malaysia from import duties for a period of two years.

Relations between the United States and Russia escalated against the backdrop of a Russian special operation to protect the civilian population of Donbass, which Russian President Vladimir Putin announced on February 24. Moscow explained that the tasks of the special operation include the demilitarization and denazification of Ukraine, the implementation of which is necessary to ensure the security of Russia. The decision was made against the backdrop of aggravation in the region as a result of shelling by the Ukrainian military.