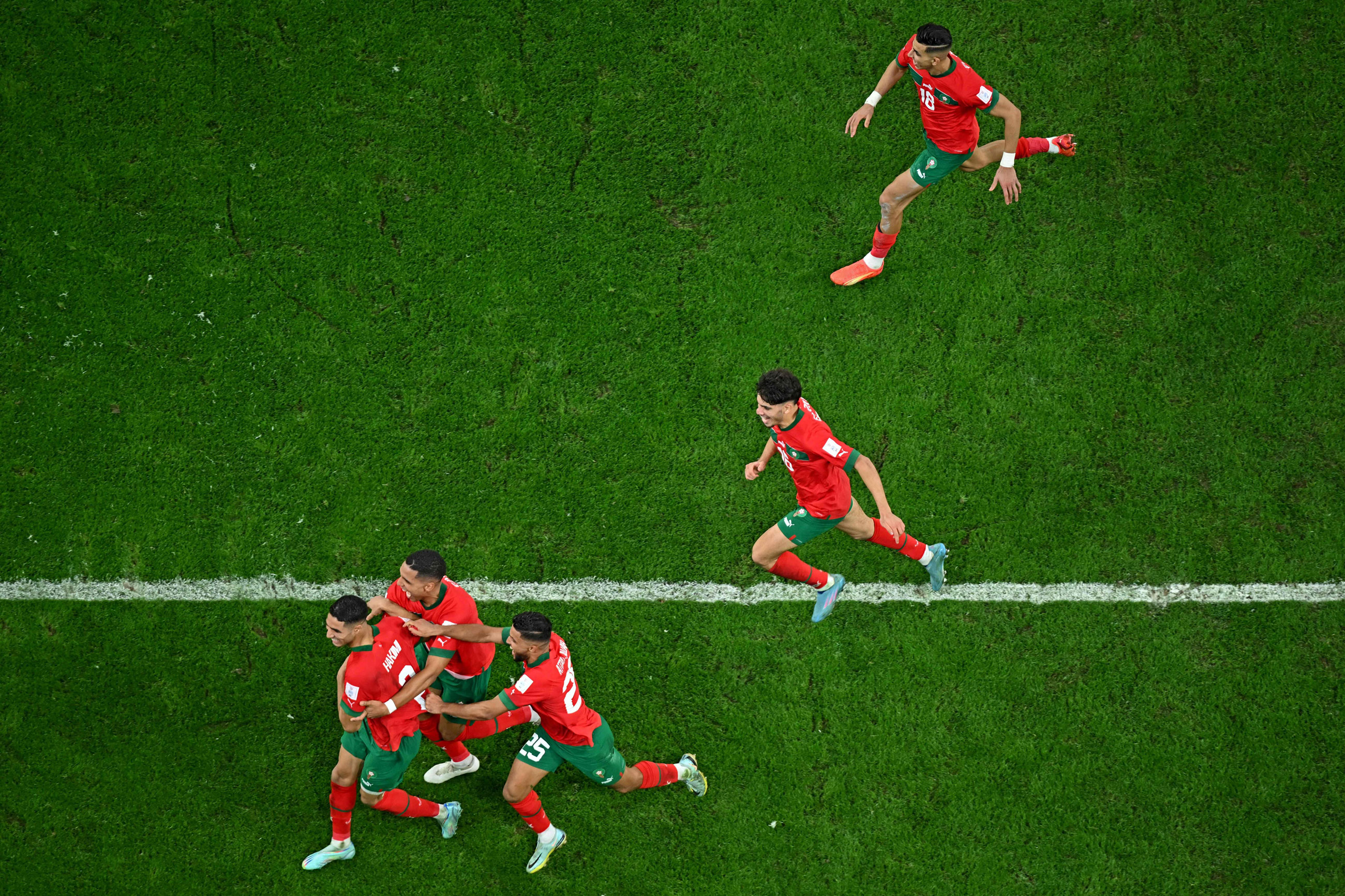 The Moroccan national team is in a historic confrontation when it meets its Portuguese counterpart, Saturday, in the quarter-finals of the 2022 World Cup, which is currently being held in Qatar, at Al-Thumama Stadium.
The “Atlas Lions” seeks to dominate a new history by qualifying for the semi-finals in an unprecedented legendary achievement.

Historically, this is the third confrontation for the two teams in the World Cup, as the Moroccan national team met its Portuguese counterpart on two occasions in the World Cup, the first ended in favor of the “lions” while the second result went to the “sailors”.

The Moroccan national team has previously met its Portuguese counterpart twice in the record of their participation in the World Cup, and the first confrontation was in the group stage in the 1986 World Cup and ended with Morocco winning 3-1, and decided its qualification for the second round, and the second confrontation was in the group stage also in the Russia 2018 version and ended with Portugal’s victory 1-0 .

The Moroccan national team aspires to repeat the scenario of the 1986 World Cup, and again overthrow the Portuguese national team, as that match ended with a score of 3-1 in favor of the Lions, thanks to Abdel Razzak Khairy’s double and Abdel Karim Miri’s goal.