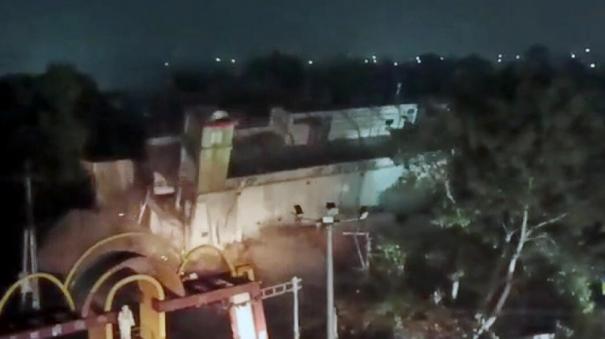 Bhopal: In Madhya Pradesh’s Sagar Nagar, the illegal hotel building of Mishri Chand Gupta, expelled from the BJP, was razed to the ground.

In this case, a 5-storey hotel building owned by Gupta in Sagar Nagar was blown up with explosives yesterday.

A special team had come from Indore to demolish this hotel named Jairam Palace. It took up to 12 hours for them to plant the explosives in the building. After that, the building was demolished and razed to the ground in a few seconds. Officials said 80 kg of explosives and 85 gelatin sticks were used to demolish the hotel.

The district administration said that a 5-storey hotel was being built and operating where permission was obtained for a two-storey commercial complex.