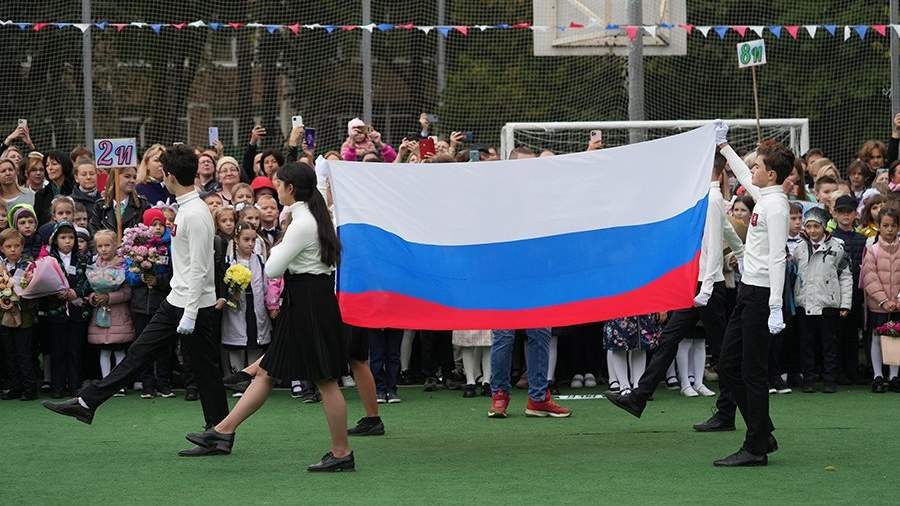 The innovation that came into force about the performance of the anthem and the raising of the flag at the beginning of the school week in each school is in demand by young people. This was stated by the General Director of the Russian society “Knowledge” Maxim Dreval in an interview with “Izvestia”.

“I am glad to observe such a process, I see that young people perceive it as well. I see how this situation united us all, and, in fact, when the anthem was performed (September 1, the marathon of the Knowledge Society started with the anthem of the Russian Federation – Ed.), All the guys stood up and sang. I believe that it is right, organic and in demand by the youth themselves to touch more on such state symbols as the flag and the anthem,” Maxim Dreval said.

He clarified that at all the speeches of lecturers related to the current agenda and the conduct of a special military operation, during the marathon, young people were interested in this topic and broadcast their support for the decisions of the state.

Earlier, the Minister of Education of the Russian Federation Sergey Kravtsov said that the performance of the anthem and the raising of the flag at the beginning of the school week will be held in schools from September 1.

Read more in an exclusive interview with Izvestia:

“It is important to rally and unite against challenges”