The International 50th Challenge Championship kicks off in Dubai tomorrow 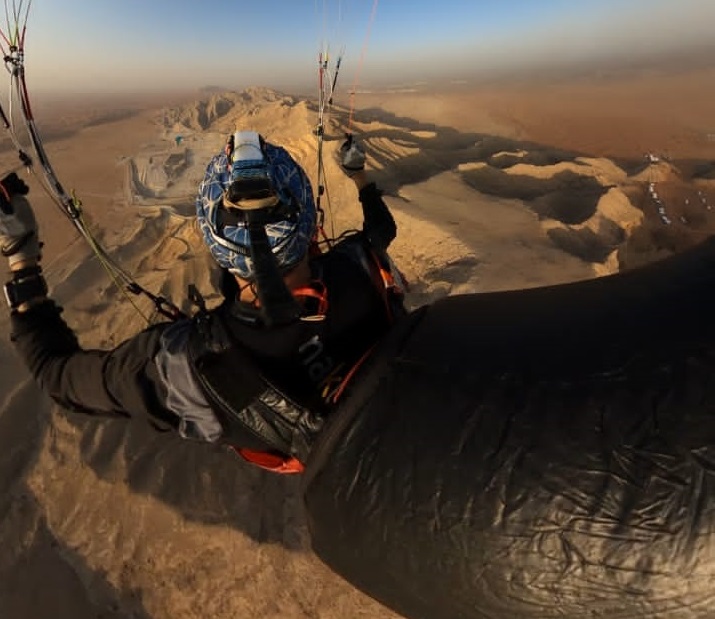 Under the patronage of His Highness Sheikh Hamdan bin Mohammed bin Rashid Al Maktoum, Crown Prince of Dubai and Chairman of the Executive Council, and on the occasion of the golden jubilee of the establishment of the United Arab Emirates Federation, the Dubai International Challenge Championship “Hike&fly” will start tomorrow, Sunday, in Dubai, for the first time outside the Alps mountains, with the participation of 25 world famous champions of the game To showcase their arts and talent, which requires great endurance and is characterized by excitement and fun.

The organizing committee had made an inspection visit to the Address Beach Hotel in Jumeirah, to inspect the place and determine the place of take-off and the beginning and end of the first and fourth rounds. Tomorrow, where the championship will roam three emirates, the Dubai stage will start this morning at the Address Beach Hotel in the charming Mina Seyahi area in the charming Jumeirah, then the competitions will move on Tuesday morning to Mount Gates in Ras Al Khaimah. Final on Saturday 27 November.

Nasr Hammouda Al Neyadi, President of the Emirates Air Sports Federation and Chairman of the Organizing Committee of the championship, stressed that the presence of this number of game champions in the world in one of the most prominent and exciting competitions in the field of air sports reflects the strength of the championship, its magnitude and its global importance.

Al Neyadi added: “We in the Emirates Air Sports Federation are ahead of similar federations in all parts of the world by hosting this event as and how inside cities, especially on the charming beach of Dubai, and we look forward to it being an exceptional event.”

Yousef Hassan Al Hammadi stated that the championship includes “running, walking, climbing and flying: “The competitions are scheduled to start at ten in the morning among the best 26 competitors in the world who have been carefully selected, and the beginning will be by climbing to the top of the 77-storey hotel through the hotel stairs, then the contestant jumps from the highest point and then He returns to the hotel, sprints, then climbs the stairs again to the 77th floor, jumps and flies again, then descends and returns to the hotel, sprinting to reach the predetermined finish line for all contestants, and the result is determined according to the time that this contestant takes with regard to the Dubai stage.

Al Hammadi said: “Competition requires extreme physical fitness from speed, strength, skill parachute flight and speed of parachute folding, noting that the stage of Ras Al Khaimah differs technically, as the Mount Gates climb on Tuesday morning to the take-off point, then parachute jump and return to the starting point, and this process is repeated and the time of two times is calculated. The same applies to Jebel Al Faya in Sharjah in the round that will be held on Thursday. On Saturday the 27th, the competition will be held at the end of the “fourth round” at the Address Beach Hotel in Dubai.