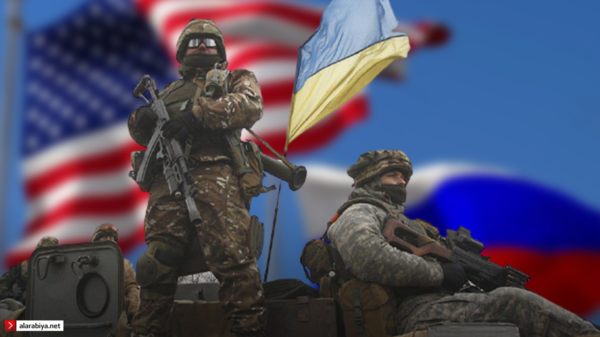 Despite the deterioration of the situation after Russia announced the start of military exercises on the border with Ukraine, and the West threatened to impose unprecedented sanctions on Moscow if it implemented its plans, the next step remains the anchor.

While Russia maintains a great deal of ambiguity about its plans towards its neighbor, and Moscow awaits an official response from Washington by the end of the week, to its demands regarding NATO and security in Europe, a third of the Russian army is already on the border, according to official data from US intelligence.

There are those who consider that this ambiguity in itself is one of Moscow’s tools in the negotiations, according to a report published by the French newspaper “Le Monde”.

The information revealed that politics in Russia generally belongs to President Vladimir Putin, and confirmed that everything that happens there takes place at the behest of one man.

The report also stressed that no one knows the price that the Russian president is willing to pay to achieve his goals, nor the settlements he accepts, as the latter contented himself with vague formulas on Ukraine, including threatening to respond to a possible failure of negotiations.

He warned that Russia would provide a “technical military response” after consulting military experts.

He pointed out that Western countries had referred to it from the beginning of the crisis with the term “invasion of Ukraine”, but the reality revealed various possibilities for Russian intervention, including other matters such as diplomatic negotiations first, direct confrontation, or the opening of military bases in Cuba and Venezuela.

A third of the Russian army is on the border

These developments came after Russia announced, on Tuesday, the start of inspections in preparation for fighting on the border with Ukraine.

The RIA added that this inspection process began to ensure the combat readiness of its forces in its southern military district on the border with Ukraine, which includes more than 6000 Russian soldiers.

Moscow had begun military reinforcements on Ukraine’s borders since the spring of 2021, then in the fall heavy equipment such as artillery and anti-aircraft defense systems arrived before the current diplomatic phase began.

Subsequently, it moved more mobile forces, estimated at about a third of the combat groups of the Russian army, to the Ukrainian border areas, which raised fears in the West and complicated matters, according to US intelligence data.

While the equipped US forces confirmed their readiness to deploy in Europe if necessary, threatening to impose the worst sanctions if Moscow carried out its threat.

While the North Atlantic Treaty Organization (NATO) decided to strengthen its defenses to the east, while Moscow denounced a desire to “stoke tension.”

The Atlantic countries displayed their support for Ukraine in ways that Moscow considered provocative, as they included naval exercises last November (2021) in the Black Sea, and the delivery of a batch of American patrol boats to the Ukrainian Navy.