The Iraqi Ahmed Ibrahim chooses “Erbil” in his ninth stop 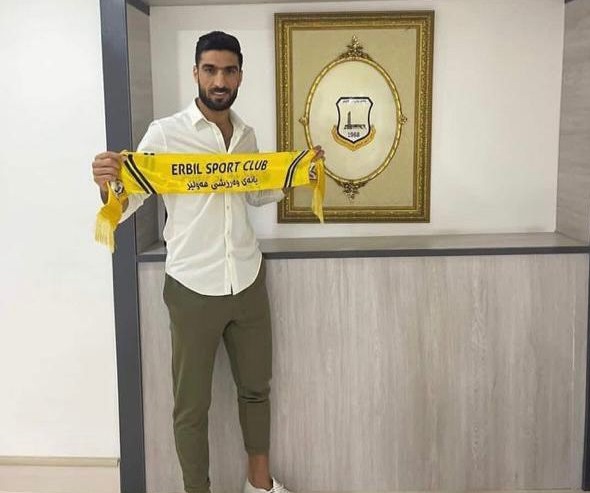 The captain of the Iraqi national team, Ahmed Ibrahim, revealed his contract with Erbil to represent him in the next season of the Iraqi Professional League, which will be launched early next September, coming from Al-Quwa Al-Jawiya Club.

The Erbil team is the ninth team for which Ahmed Ibrahim plays in his football career, including four Emirati clubs, namely Al-Wasl, Al-Dhafra, Ajman and the Emirates, while he played with the Qatari Al-Arabi, Al-Ettifaq, Salah Al-Din and Al-Quwa Al-Jawiya clubs in Iraq.

Ahmed Ibrahim told Al-Emarat Al-Youm: “I look forward to a new experience in my football career, and through it I seek to provide the best levels to support the aspirations of Erbil Club and its fans.”

It is noteworthy that the player Ahmed Ibrahim succeeded in exceeding the number 100 in the number of international matches he played with the “Lions of Mesopotamia”.