The Islamic Development Bank for Arab States: Approving the financing of projects in 24 countries, at a value of 1.6 billion dollars 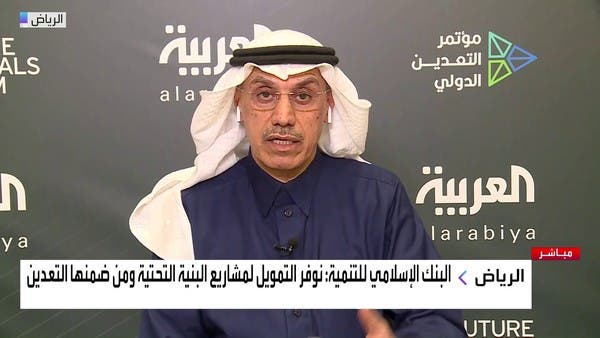 The President of the Islamic Development Bank Group, Dr. Muhammad Al-Jasser, said that the bank invests by lending in infrastructure projects in member states, and the mining sector is part of it, because it depends on infrastructure such as roads, energy, and others.

He added in an interview with Al-Arabiya today, Thursday, on the sidelines of his participation in the International Mining Conference held in Riyadh, that the bank participated in financing mining projects in Saudi Arabia and an iron production project in Mauritania, in addition to a phosphate production project in Tunisia, pointing out that the sector will receive a level of interest. The largest in the world, and therefore in the Islamic Development Bank in the future.

He explained that the mining sector projects represent great opportunities for development, increase job opportunities and develop the countries in which these mines are located, pointing to his agreement with the opinion of the Saudi Minister of Environment, Water and Agriculture Abdul Mohsen Al-Fadhli, that there is no contradiction between strengthening commitment to environmental controls and economic growth.

Al-Jasser said that 35% of the Islamic development financing until 2025 will be environmentally friendly, and achieving this percentage supports the developments of the renewable energy sectors and the remarkably low investment prices in them. projects and we will cooperate with them on that.

The President of the Islamic Development Bank continued: “We advise countries to focus on cooperation between governments, the private sector and financing institutions in mining sector projects, which is a qualitative leap in the mining sector.

He said that last December, the Bank approved 24 projects in 24 countries, worth $1.6 billion, a volume of financing that these countries need to stimulate growth due to the repercussions of Corona, and therefore we seek to help them and provide additional financing to aid development, because countries suffer from a downturn in the economy.

The head of the bank added that the opportunities in the mining sector depend on the presence of mineral reserves and some countries have good reserves, but the environment is not suitable, while Saudi Arabia has huge reserves of important minerals and provided appropriate legislation to attract investment and the environment is good for that, and funding is available from banks and financing funds that are able to provide The necessary support for investment, and these factors make the Kingdom poised to become a center for mining activity in the region, especially with its distinguished strategic location, adding: “What we heard at the International Mining Forum in Riyadh bodes well, and the sector is very promising.”