The issue of issue of identity card issued to heirs of soldiers for government jobs: Married but still father to daughter – High Court of Karnataka 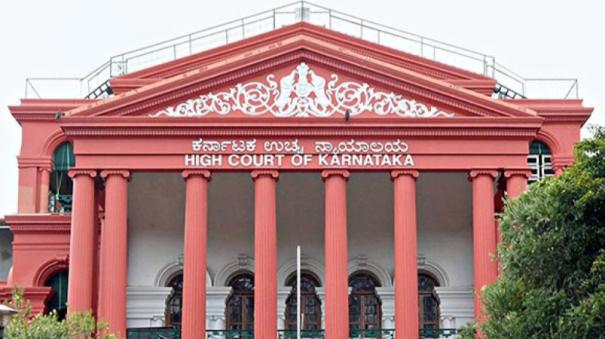 Bengaluru: Priyanka Patil (31) hails from Belagavi, Karnataka. His father Ramesh Gandappa Patil served as Subedar in the army. In the year 2001, he died while clearing mines on the Kashmir border.

In this case, Priyanka Patil was applying for the post of Assistant Professor in a college under the Karnataka Education Department. She applied for an identity card from the Ex-Servicemen’s Welfare Board as the daughter of an ex-serviceman. To that, the Welfare Board for Soldiers said, “Since Priyanka Patil is married, she cannot be issued an identity card as a soldier’s daughter.”

Priyanka Patil then filed a petition in Karnataka High Court in 2021. In it, “I was 15 years old when my father died. When I applied for the Karnataka Govt job, I requested to be given the job under the reservation as the daughter of an ex-serviceman. But the Servicemen’s Welfare Board is refusing to issue me an identity card as the daughter of an ex-serviceman as I am married,” he said.

The lawyer appearing for the petitioner in this case said, “Men and women should be given the same equal rights. Denying rights to women on the grounds of marriage is a violation of Article 14 of the Constitution,” he argued. Judge Nagaprasanna gave the verdict yesterday after hearing the arguments of the government.

In his judgement, he said, “A woman is a daughter to a father like a son, despite marriage. There is no change in that. It cannot be said that an identity card cannot be issued as an ex-serviceman’s daughter because she is a woman. He ordered that such rules should be changed.

President’s speech was like an election campaign: Shashi Tharoor reviews

Ronaldo sells his private plane .. He used to rent it at one hour for this amount! (photo)

Thalapathy 67 | Sanjay Dutt in Vijay’s movie.. One line of the story is known!