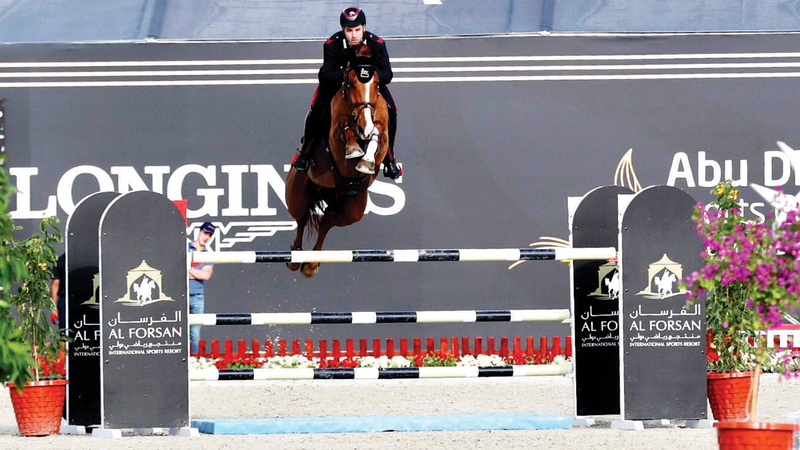 The competitions of the International Show Jumping Championship continued, the first activities of the first Abu Dhabi Equestrian Festival (2023), and the day before yesterday witnessed the establishment of the first diamond round with a four-star distinction round, sponsored by (Mother of the Emirates), and its course was designed with barriers that reached a height of (150) cm, The number of registered riders reached 56, 46 of whom participated, and the competition was renewed between 11 riders in the differentiation round.

The results resulted in 10 riders completing the differentiation round without an error! By time difference, the Italian knight Emmanuel Gudiano was crowned with the “Mother of the Emirates” award with his horse “Shalo”, and he finished the distinction in a time of 37.15 seconds. Austrian Gerfried Bock, accompanied by his horse “Electron Melody”, finished differentiation in a time of 38.26 seconds.

The best position for the Arab riders was achieved by the Syrian rider Ahmed Hamsho with the horse “French VDS”, as he finished in 14th place, followed by the Bahraini rider Khaled Hilal Al Khatri and the horse “HBR Galactic Royal” in the 20th place.

The representative of the Fatima Bint Mubarak Women’s Sports Academy, Fatima Al-Ali, crowned the winners of the Diamond Round competition.