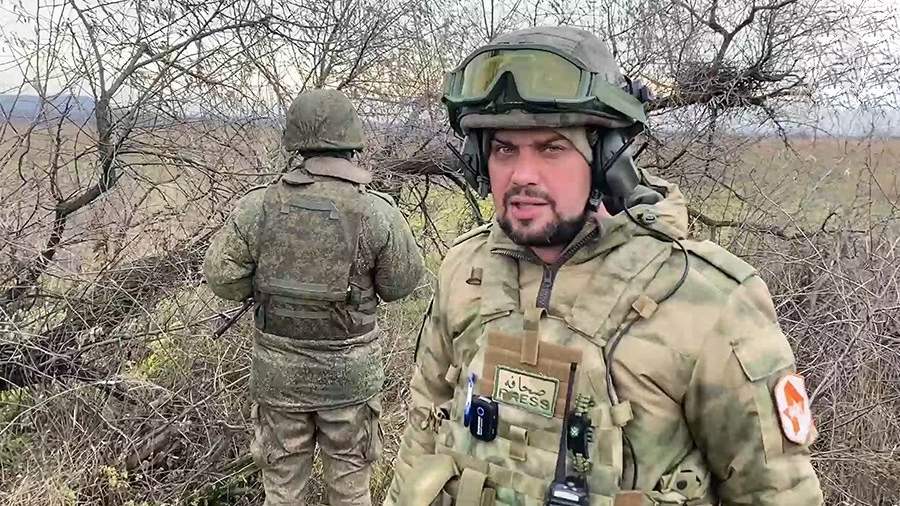 Correspondent “Izvestia» On November 25, Denis Kulaga saw the work of artillerymen on the positions of the Ukrainian military and militants in the Soledar direction.

He said that the eastern front is divided into two flanks.

“Some are busy breaking through the armor of the eastern outskirts of Artemovsk, others are trying to take by storm an equally important city – Soledar,” the journalist said, showing how the fighters were advancing in this direction.

“It works like this: we got to the conditional meeting point. Here we must meet with other servicemen and proceed to what is called the “glade,” Kulaga noted.

The correspondent also showed the work of artillerymen. As one of them said, the secret of success is that they work “smoothly and quickly.” He explained that artillery is a “collective type of weapon.”

Another fighter admitted that the weather causes some problems when moving forward.

“Unpredictable weather. The sun may shine during the day, it may rain in the evening. This causes problems in some of our moments, ”said the soldier.

The journalist himself also admitted that in this direction, recording can only be done by “running from tree to tree.”

“The fact is that here we hear how the crews of not only artillery, but also air defense systems work. And the work of this technique must always be kept in the strictest secrecy, ”concluded Kulaga.

On November 23, Assistant Minister of the Interior of the Lugansk People’s Republic (LPR) Vitaly Kiselev commented on the actions of Russian troops near Artemovsk. According to him, the formations of the Armed Forces of Ukraine bear “colossal” losses in this direction.

On the same day, Andrei Marochko, officer of the second army corps of the People’s Militia of the LPR, said that the Ukrainian troops decided to abandon offensive operations near Artemovsk and Soledar amid deteriorating weather conditions.

On November 21, he noted that Ukrainian troops went on the defensive in the areas of the cities of Artemovsk and Soledar due to daily losses in manpower and equipment.

Russia’s special operation to protect Donbass, whose residents refused to recognize the results of the 2014 coup d’état in Ukraine, continues. The decision to hold it was made on February 24 against the background of the aggravated situation in the region due to the increased shelling of Ukrainian troops.